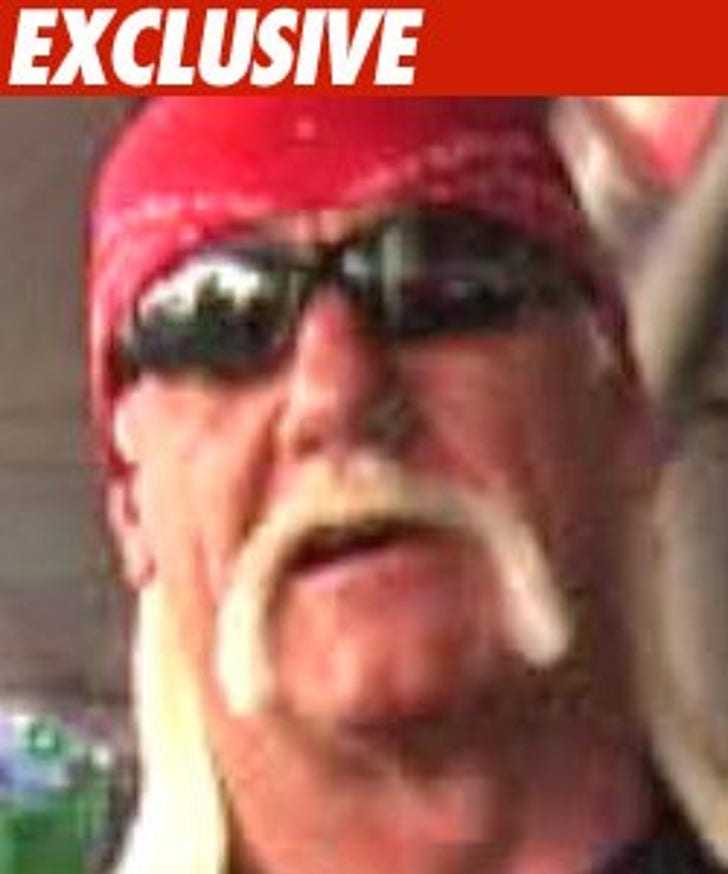 You know the Hells Angels are badass when a guy like Hulk Hogan -- who once body slammed 540-pound wrestler Andre the Giant -- is apologizing to them.

Hulk is now saying sorry over a prank voice mail he left on a guy named Chase Holfelder's answering machine -- one in which he threatened the kid with the wrath of the Hell's Angels.

Hulk left the message on Chase's machine as a favor for a friend of his named Dr. Phil Unger. Chase happened to be dating the doc's daughter -- and Phil wanted Hulk to help him rattle the youngster's cage.

"The idea that I some how was making any kind of threat against this individual is unfortunate. The voicemail was a practical joke made in a friendly situation and nothing more.

I have respect for the Hells Angels and apologize for any undue publicity they have received as a result of [the boyfriend] seeking his 15 seconds of fame.

I have also spoken to my friend and former Hells Angels member and co-star of HBO's hot series 'Oz' Chuck Zito, and explained to him that there was no malicious intent."