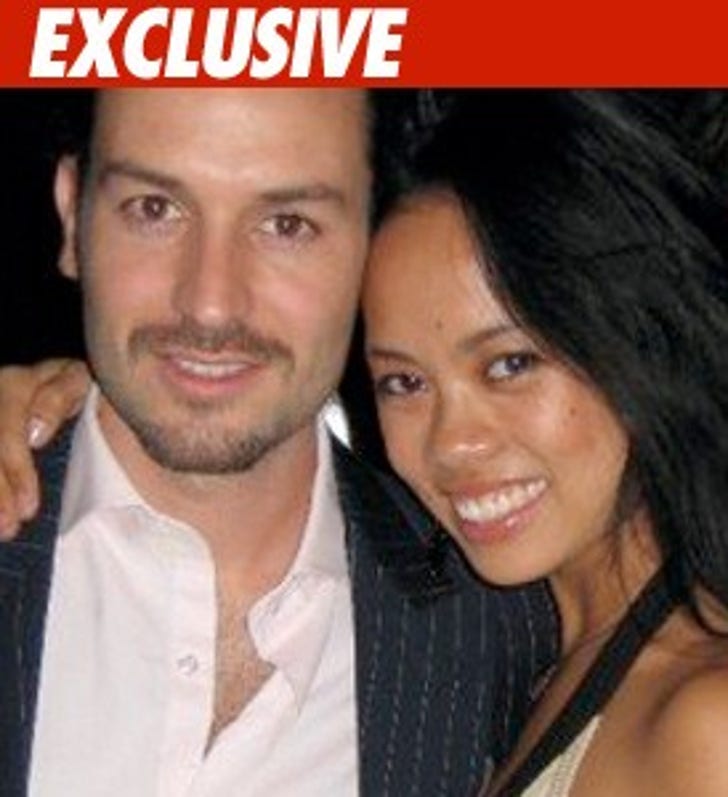 The Miss Universe sex tape is only half as authentic as once believed -- one of the women in the scandalous video is NOT a world-class beauty pageant winner, this according to the conductor of the 3-way naked train himself.

TMZ spoke with Wyatt Gallery -- the fine arts photographer who was literally caught in the middle of the drama -- who tells us some scumbag ripped the footage from his laptop computer in an attempt to sabotage Miss Trinidad and Tobago's career.

While Gallery confirms that his long-term girlfriend, Anya Ayoung-Chee aka Miss T&T 2008, did co-star in the video, the other woman -- believed to have been Miss Japan 2008 -- is NOT Hiroko Mima after all ... just a really, really, really close friend.

Now here's the real scandalous part of the story: Gallery tells us he believes the footage -- shot in New York back in 2007 -- was stolen from his laptop when he took it to a Trinidad computer shop for repairs.

Gallery says, "I feel horrible and embarrassed for Anya, her family and myself ... because this was a private moment that was never supposed to be made public." He adds, "This was an intentional, malicious sabotage against Anya and her career ... and I feel stupid for not deleting the files off of my computer."

Gallery tells us he has a legal team looking into the matter and plans on suing anyone who continues to distribute the tape.