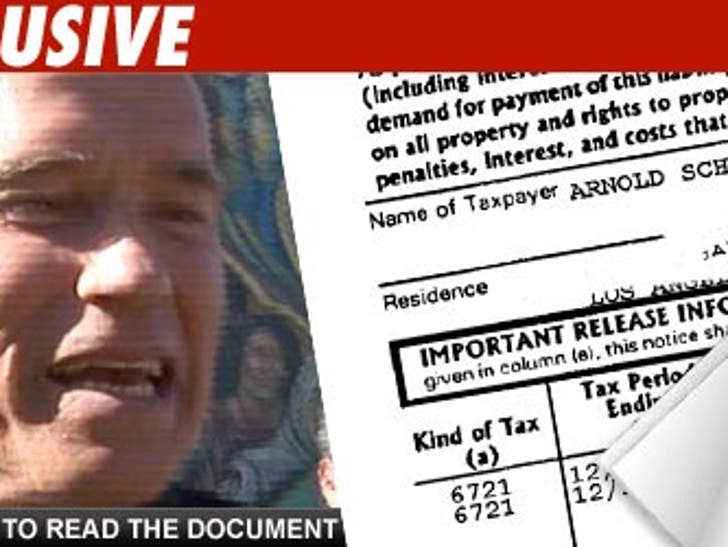 The United States government might have a bigger budget to work with -- if one bodybuilding governor would pay the back taxes it appears he never got around to paying. 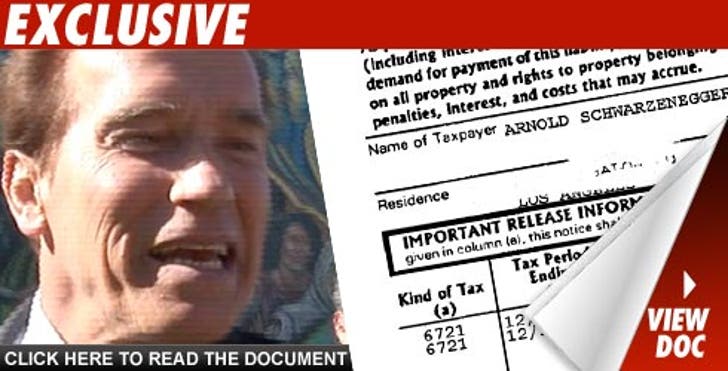 In total the Guv owes $79,064.00 ... and as we all know, he's definitely not saving the money for rainy day traffic violations.

An official at the L.A. County Recorder's Office tells TMZ their system shows the lien is still active.

Arnold's rep released the following statement: "No one, including the IRS, has notified the governor of any issues whatsoever with his taxes. We are contacting the IRS to determine if the document in question, which appears to be a penalty for missing info and not for unpaid taxes, is legitimate and if there is any discrepancy to resolve."