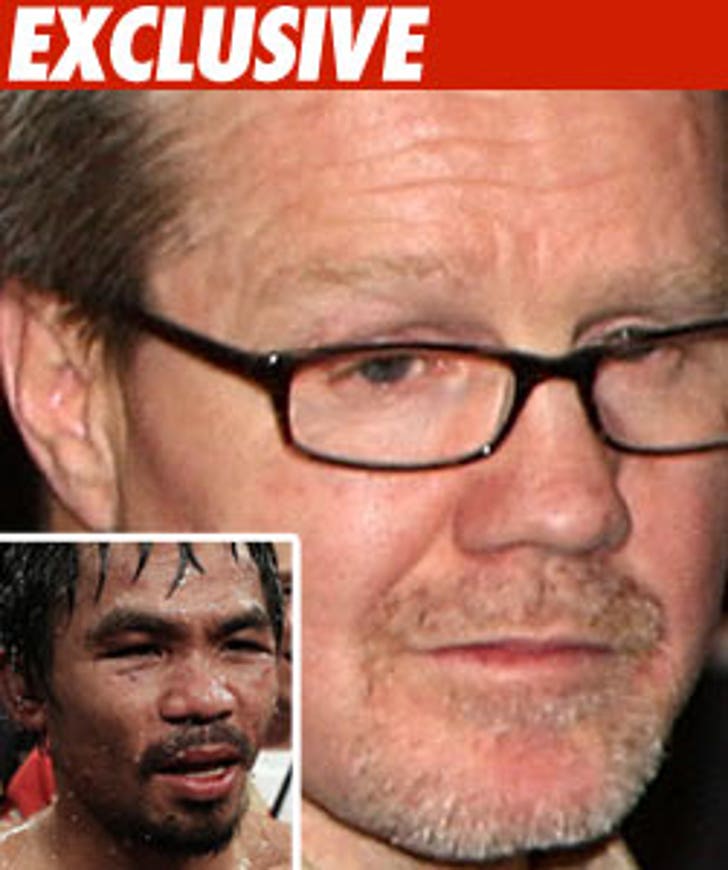 Manny Pacquiao's trainer is being sued for something that's only legal in the ring -- assault, battery and infliction of emotional distress.

Roach -- who suffers from Parkinson's disease -- allegedly challenged Vidal, claiming "he was not sick and that he only went to a clinic." Vidal says he apologized and said he was merely quoting a statement from boxer Bernabe Conception's manager.

Roach was unmoved, allegedly went on a tirade, pushing him "roughly" in the left shoulder, and yelled, "The next time you write about it, I will kill you."

Seems pretty tame in the boxing world, but Vidal is suing for all sorts of unspecified damages.