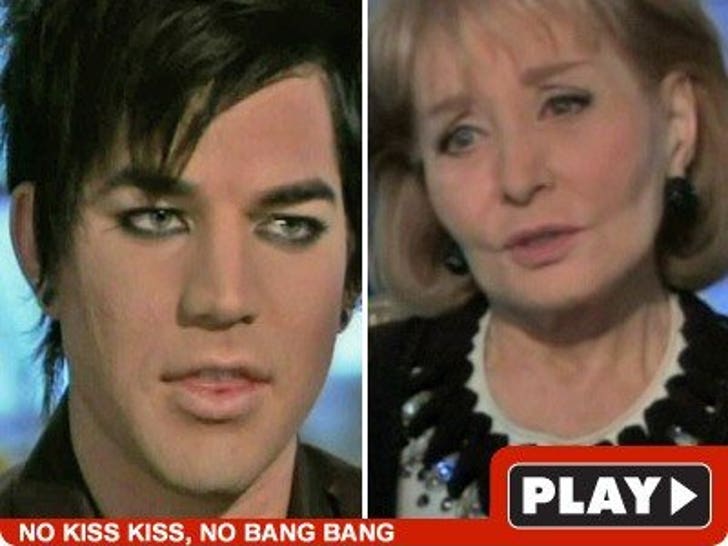 Adam Lambert was featured on Barbara Walters' "The 10 Most Fascinating People of 2009" special on ABC last night -- but the most fascinating part, Babs refused to air footage of Lambert's infamous man-on-man kiss.

Walters didn't shy away from the issue on the ep, making several references to it -- but ultimately explaining how Adam "turned the music industry inside out doing things we won't show you here."