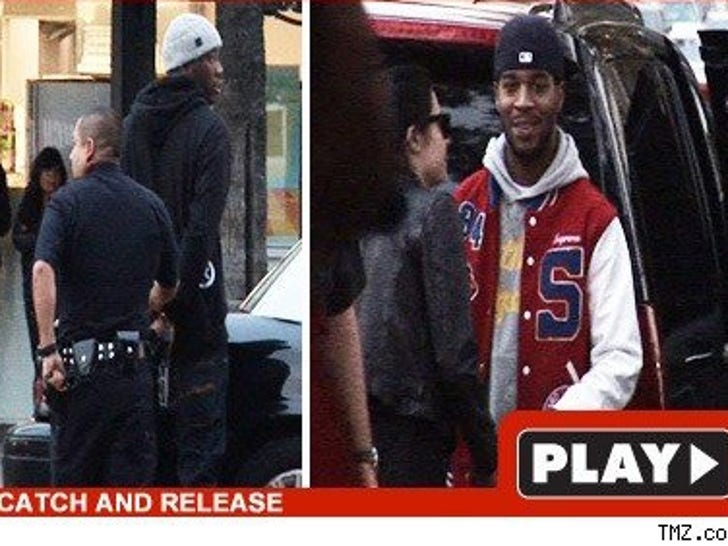 Kid Cudi -- the rapper behind that Day 'N Nite song -- was handcuffed yesterday after an intense police manhunt that spanned air and the ground ... unfortunately, they picked up the wrong guy. 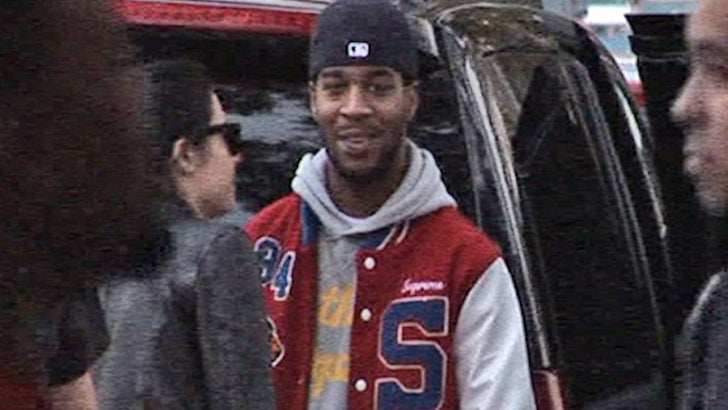 It all went down in Hollywood, when a police helicopter unit spotted a vehicle that matched the description of a car used in a burglary. The vehicle was occupied by Kid Cudi and his crew.

A fleet of police officers immediately swarmed in on Cudi's ride and began detaining the passengers. We're told no arrests were made, but at least one member of Cudi's entourage was placed in the back of a cop car.

Ultimately, cops determined they had nothing to do with the crime -- and released everybody. But when asked about the situation, a member of Cudi's entourage told TMZ, "This is what you get for being black and driving around L.A."