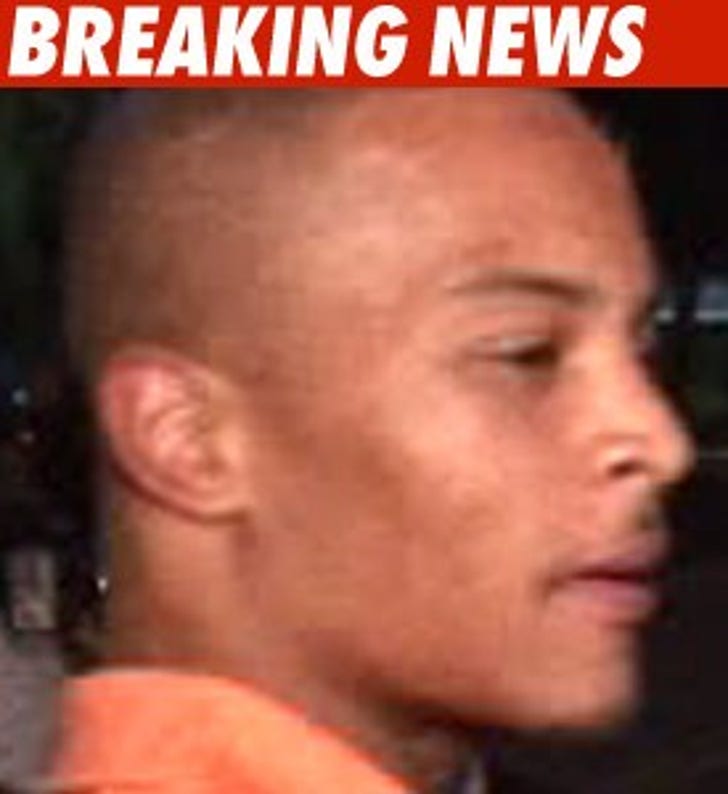 Rapper T.I. was released from prison in Arkansas today after serving seven months behind bars -- and the rapper's lawyer says he'll spend the rest of his sentence living in a halfway house.

T.I. -- real name Clifford Harris -- was sentenced to 366 days in the Forrest City penitentiary earlier this year, after he was busted in 2007 for sending his bodyguard out to buy machine guns and silencers.

T.I.'s lawyer, Steve Sadow, told the Atlanta-Journal Constitution that the rapper is expected to report to Dismas Charities Atlanta West in Georgia tonight -- where he'll live in a halfway house for the next three months.

After his sentence is completed, T.I. still has to complete 500 hours of community service and 23 days of home incarceration.