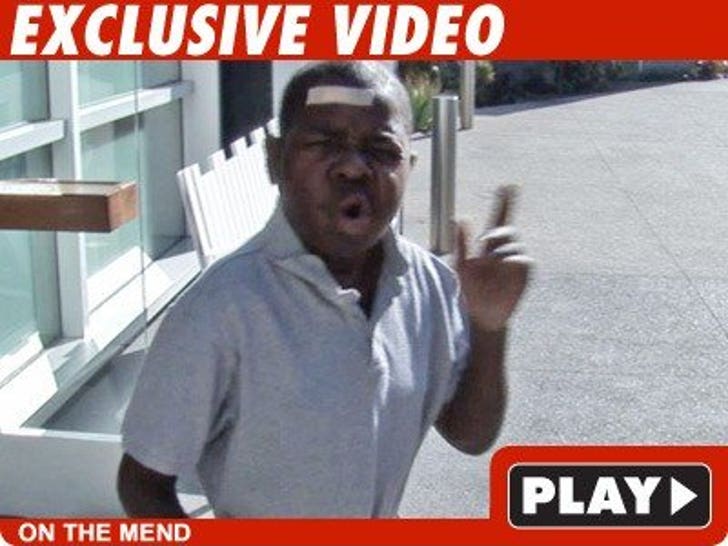 With a bandage over his forehead and a cane in his hand, Gary Coleman made his first appearance on camera since being released from the hospital after suffering a "little seizure activity." 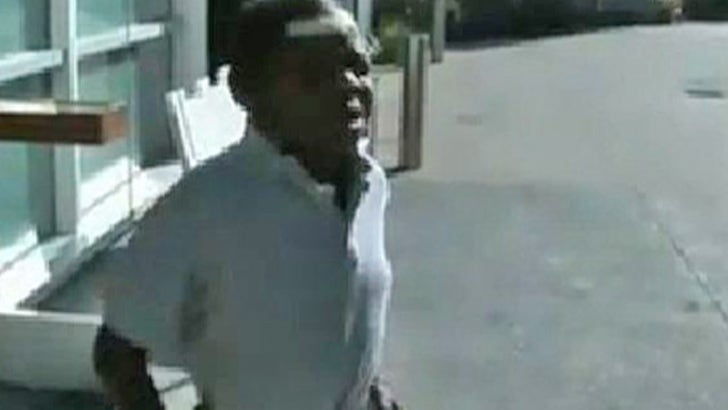 Re: His health, Gary told TMZ there's "nothing wrong with my head" and added he's doing "the best I can with what I've got."

Gary also vented frustration over his latest film -- claiming he's pissed because producers didn't remove a scene featuring a full frontal shot of his penis. Gary told us he'd be lawyering up soon.