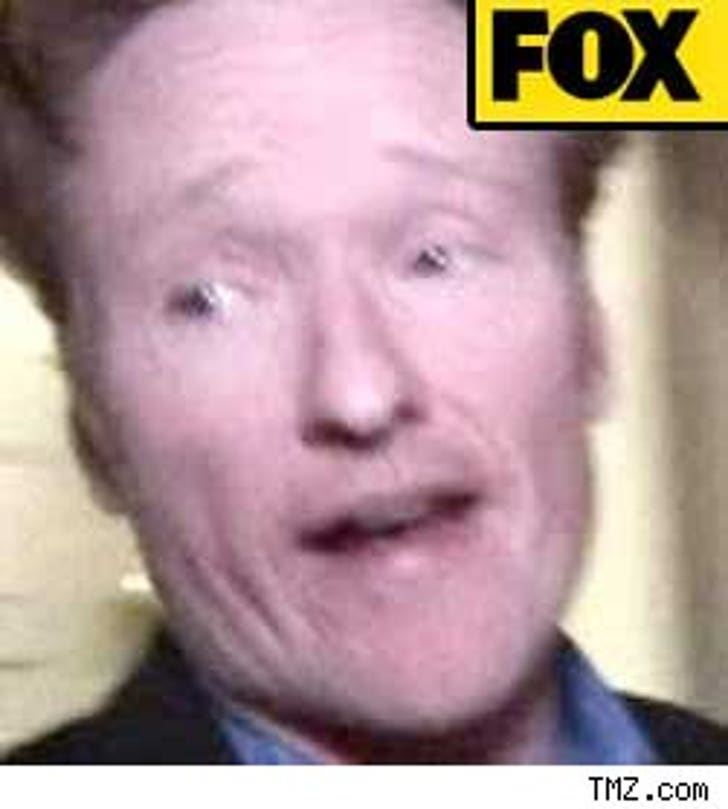 Conan O'Brien may have a late night option if the NBC thing doesn't work out -- TMZ has learned FOX isn't exactly backing away from the idea of bringing him to their network.

As we first reported, NBC is giving Conan the option of taking the midnight spot after Jay Leno, should he so choose.

But a source at FOX -- a logical landing point should Conan become a free agent -- tells TMZ that while they are "always interested in late night" and always "looking to bring great talent to FOX," Conan is still under contract with NBC, so FOX will "just have to see" what happens.

One possible selling point FOX can make to Conan -- they can offer him an 11:00 PM time slot ... 35 full minutes before Jay or David Letterman take the air.