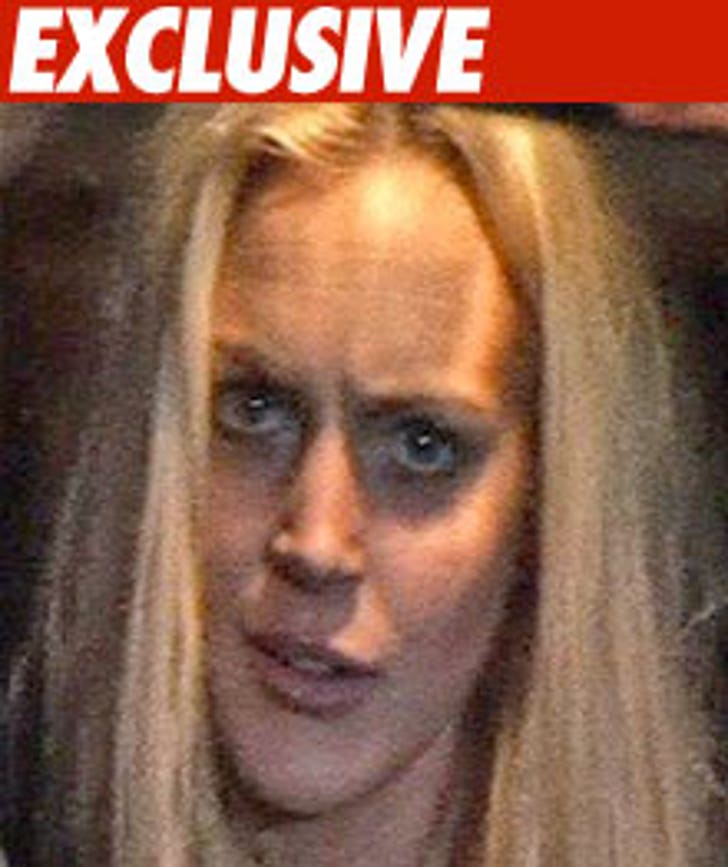 Lindsay Lohan's car struck a photog this morning, and her driver is now a person of interest in a criminal assault with a deadly weapon investigation.

The incident occurred at 12:30 AM in front The Hotel Cafe in Hollywood. Lindsay's driver was behind the wheel of her BMW when it made contact with the paparazzo.

The photog was not taken to the hospital

Lindsay is not a suspect -- though she was reportedly inside the car during the incident.

Ironically, it was Lindsay's assistant that reported the incident.

According to X17, the photog (pictured below in the Jack Daniels shirt) injured his hand and was treated by EMTs who arrived on scene.