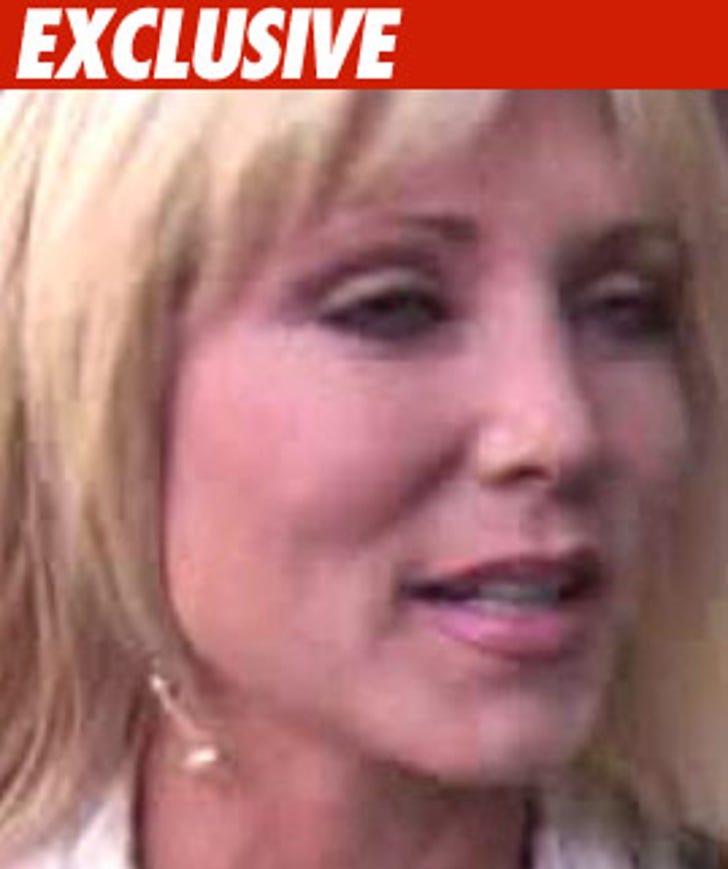 Pamela Bach's liver has been under lock and key since her last DUI hearing ... in the form of an alcohol monitoring bracelet.

According to court documents, a judge ordered David Hasselhoff's ex to wear a SCRAM device -- an anklet that constantly tests the skin for the presence of booze -- after she was arrested for driving drunk in L.A. back in November ... the second time she was arrested for DUI that year.

Bach was charged with two counts of DUI in December -- where along with the court-mandated jewelry, she was also ordered to attend several AA meetings.

But tomorrow, Bach is scheduled to be arraigned -- and if she's found guilty of DUI, she could spend some serious time in the clink for being a repeat offender.