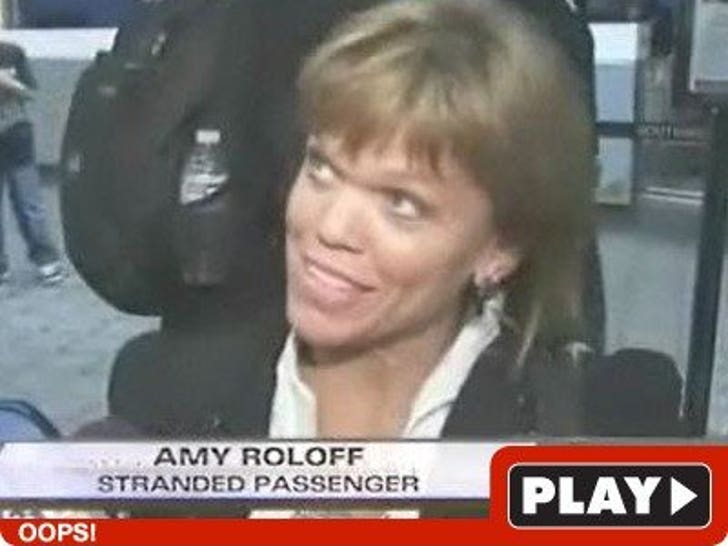 Amy Roloff -- the star of TLC's "Little People, Big World" -- made a cameo on another network's newscast last night ... but only because the reporter had no idea who the hell she was!

Roloff happened to be at Burbank airport during some serious flight delays last night -- but when the camera rolled over to interview her about the situation, the reality superstar was only identified as "stranded passenger."

Talk about a tiny slip up.