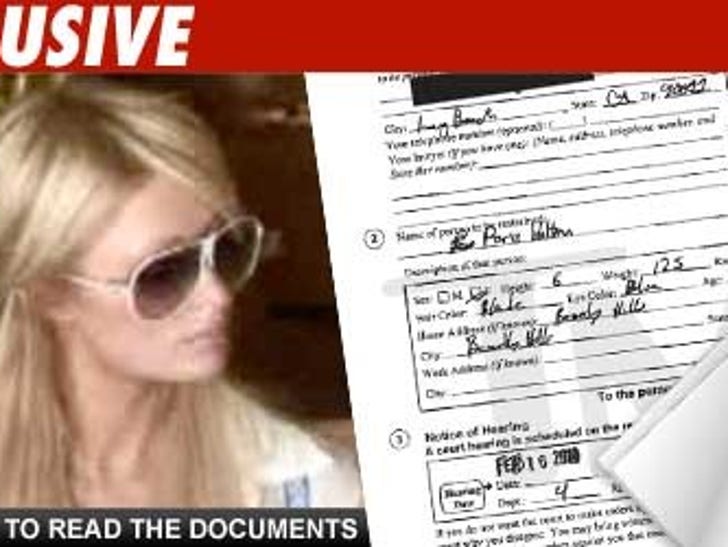 A temporary restraining order has been filed against Paris Hilton ... but it would take a government-trained handwriting analyst to figure out what the hell it's about.

A guy by the name of Ramiro (or Ramoro) Benitez filed for the TRO on Wednesday, claiming Paris has threatened him both physically and financially and Benitez appears to mention "numerous sexual assaults."

Beyond that, we can't piece together enough of the handwritten TRO to figure out what exactly Paris is accused of doing. The TRO was denied, pending a hearing next month.

If you want to play the Paris Hilton TRO Game, click here to read the docs and try figuring out what it says for yourself!