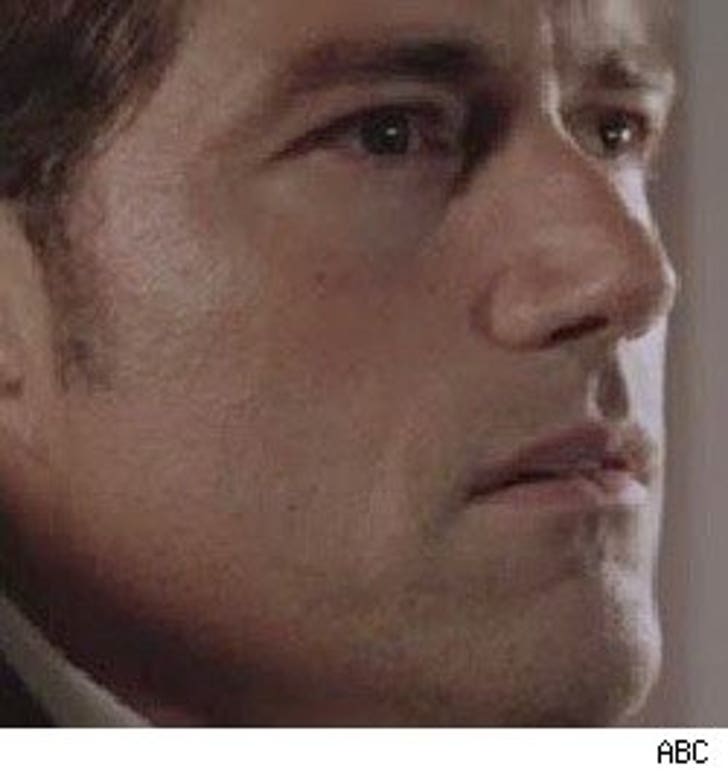 I love making lists -- Top 10 This, 20 Favorite That -- and I am often asked to rank my favorite television shows of all-time. And every time I do, I leave "Lost" off entirely. See, I can't possibly judge "Lost" until it's over. The final season will dictate how I view the entire series forever. If the final season blows, I will feel like I wasted six years of my life. If it delivers, I will feel completely vindicated. So for me, tonight's episode is the beginning of how I will remember "Lost" the rest of my life.

For all you "Lost" Diary newbies, here's how it goes: I gather with a group of friends watching "Lost," writing what happens on the show as it happens, and throwing in my two cents along the way. I plan on watching the final season of "Lost" with as many new people as possible this season, but tonight I am going old school -- just me and Ari.

9:01 -- Jack is back on Oceanic Flight 815 as we are, essentially, re-living the crash again (stewardess and all).

9:04 -- Am I wrong to think the plane still might crash? And what's the deal with the cut on Jack's neck? Where'd that come from?

9:06 -- Cue the creepy Tim Burton music as the camera whips around to show us the four-toed statue ... underwater.

9:10 -- Kate's eyes open only to find her hanging from a tree, ears ringing. Do not adjust the volume on your television.

9:11 -- Kate wanders around the jungle till she finds Miles. How many times do people on "Lost" wake up with no clue where they are? Once a week?

9:14 -- Jack was wrong about everything, it would appear, and Sawyer is not happy since Juliet was blown up by the bomb. Or was she?

9:16 -- Back on the plane, Sawyer hears that Hurley is a lottery winner and he made that "I'm a con man and I am about to do con man things" face.

9:18 -- Juliet is crying for help and now Jack and company are digging through rubble.

9:23 -- "If this plane goes down in the ocean way out here, I think our chances of survival are exactly zero." -- Boone.

9:24 -- Boone is on the plane, but Shannon isn't. Is that supposed to be right? And Locke went on his walkabout -- only he never crashed on the island, so he should still be in a wheelchair. Headache #3.

9:27 -- Seeing Locke's body in the casket makes Ben make the same face I have been making for the last 20 minutes. Seeing as Locke is inside the temple AND in a casket, from now on I will be referring to Locke as Not-Locke, since it clearly isn't him and is instead the guy from the beach last season.

9:33 -- So Hurley has to take Sayid to the temple and bring the guitar case with him. When Hurley asked Jacob "Who are you?" for a split second I thought he was going to say "Batman."

9:41 -- Sawyer and Juliet get the dramatic reunion music usually reserved for Desmond and Penny.

9:44 -- Jack says there is "nothing I can do for him (Sayid)" which gives Hurley the green light for Operation Temple.

9:47 -- The Not-Locke version of the Smoke Monster kicks ass.

9:56 -- As we begin our final descent into Los Angeles, I am reminded of all the people we could have seen on the plane -- Shannon, Michael, Walt, Ana Lucia, Mr. Eko, and Libby. If they all were shown, the GUEST STARRING credits at the beginning of the show would have lasted 15 minutes.

9:59 -- And Locke's wheelchair. Guess he lied about the walkabout.

10:05 -- "Jack Shephard, please go to the nearest courtesy desk." What are the odds his dad's coffin has gone missing.

10:07 -- Operation Temple encountered a brief obstacle (giant wall), but seems to be moving along well.

10:18 -- Sawyer is burying Juliet. Guess she really is dead. I feel kinda guilty.

10:19 -- Sawyer wants Miles to tell him what Juliet was trying to tell him before she died.

10:21 -- "They were on the first plane." -- Stewardess. She's had more lines tonight than in the previous five seasons combined.

10:29 -- So what are the odds Sun bolts now that she's in Los Angeles? That was her original plan, right?

10:31 -- The Temple's hot tub seems to be broken and isn't healing people properly.

10:40 -- Kate continues her escape. I always find myself rooting against her. Which isn't saying much -- she always gets captured.

10:47 -- Hearing Not-Locke talk about Locke is kinda like hearing someone deliver their own eulogy.

10:52 -- Seeing Locke and Jack together brings back Season 2 memories.

10:59 -- Back at the temple, everyone is bummed out about Juliet and Sayid dying. Tough afternoon for the Losties.

Season 1 of "Lost" has always been a bit of a conundrum to me. On one hand, it's the consensus best season (not sure if I agree, but I think it's a fair choice). On the other hand, if someone told you they were about to start watching "Lost" and they wanted to skip one season and still be able to figure out what's going on, they could skip Season 1, right?

I mean -- no Others, no hatches, no Jacob, no Ben, no Richard, no Desmond, no time travel. In a weird way, it's like it's own separate show.

But it's taken us all the way until Season 6, but we're back to a Season 1 type of story -- the What If Oceanic 815 Didn't Crash universe. It's just a bunch of characters, that we have grown to love, living normal lives (a la the flashbacks from Seasons 1 and 2). If you loved Season 1, you are no doubt loving this half of "Lost" -- the Flashsideways, as I believe they are being called.

So let's focus on the 815 universe, because I don't think I am ready to tackle what's going on on the island. Desmond is on the plane, they lost Christian (and Locke's knives), Charlie tried to swallow heroin rather than flush it, Sun hates Jin, Claire isn't going to give birth to her baby in a jungle and Hurley has good luck (think that's all the differences, off the top of my head, for now).

I've always said certain episodes get graded differently than others, season premieres being one of them. I give this episode a B+. It didn't knock me over with crazy revelations, but it set up Season 6 in an amazing way -- which, considering how high the stakes are, is pretty damn impressive.