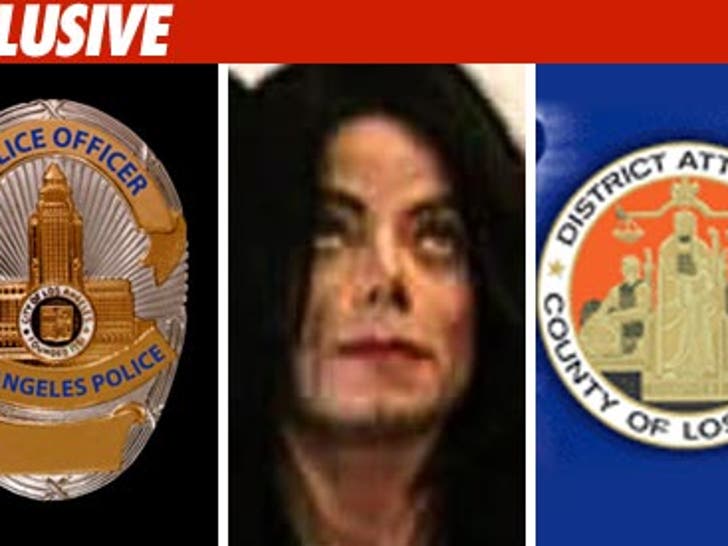 LAPD officials feel slighted by the Los Angeles County District Attorney in the Michael Jackson case, and the cops made their point clear in a secret meeting yesterday .... law enforcement sources tell TMZ. 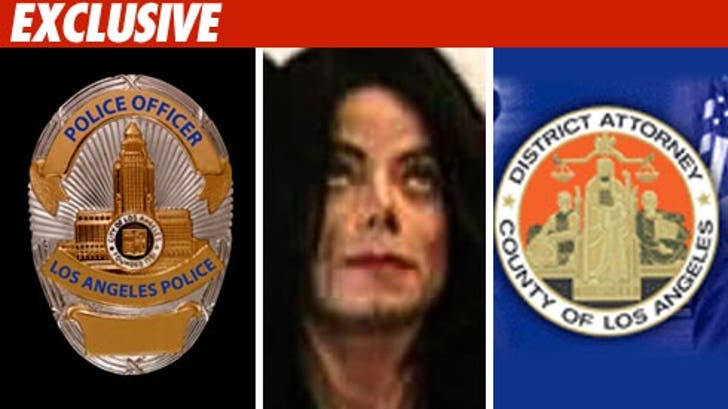 Sources say there was a "high level meeting" yesterday between officials from both departments. The D.A. had kept the LAPD in the dark over the arrest and prosecution of Dr. Conrad Murray. In fact, until yesterday the LAPD was not informed of any plan for the arrest or surrender of Murray on involuntary manslaughter charges.

We reported earlier in the week that lawyers for Dr. Conrad Murray had been in touch with the D.A. and planned to drive the doctor themselves to the courthouse where he would be arraigned. That plan would have completely excluded the LAPD from the process.

The D.A.'s plan was especially maddening for the LAPD because detectives in the Robbery Homicide Division had spent months putting the complicated case together. Inside sources say it's one of the best, most thorough investigations the LAPD has conducted in years.

The upshot of yesterday's meeting -- the D.A. and LAPD made a plan -- the LAPD will place Dr. Murray under arrest on Friday morning, handcuff and book him, then take him to court at 1:30 where he will be arraigned.