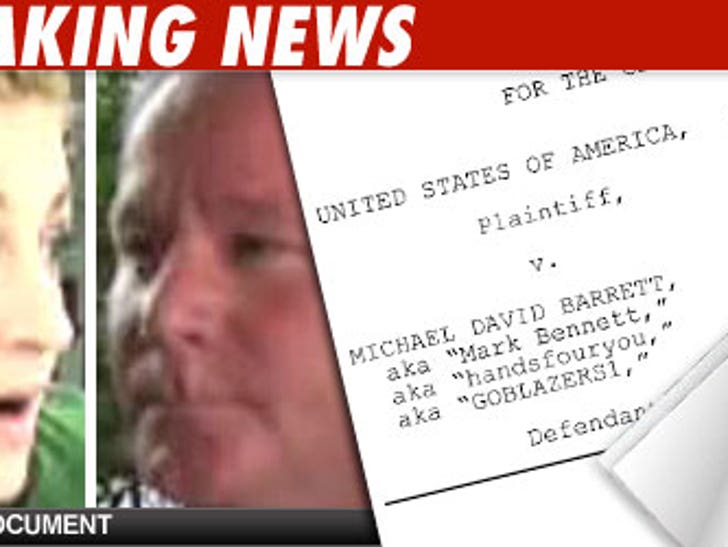 Erin Andrews wasn't the only woman targeted by her Peeping Tom -- the scumbag taped 16 other women and scoped out several more including celebrities, this according to new court documents.

It's all in papers filed yesterday in federal court in Los Angeles, by prosecutors hoping to convince a judge to lock up Michael David Barrett for 27 months as punishment for surreptitiously taping the ESPN correspondent in her hotel room and posting it on the Internet.

In the docs, first obtained by TheSmokingGun.com, prosecutors claim Barrett "victimized approximately 16 other women in almost precisely the same way he victimized" Andrews -- and posted at least 32 "hotel peephole videos" to the web.

The docs also state that Barrett ran Internet background searches on 30 women, including "other female sports reporters, as well as other television personalities."

In the docs, prosecutors claim Andrews wants $335,558.27 in restitution from Barrett -- citing that she now suffers from "substantial emotional distress."