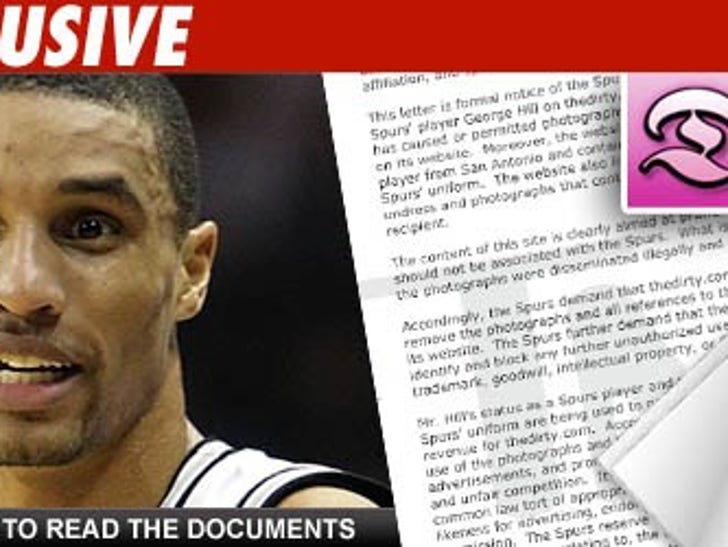 The San Antonio Spurs are SOL in their attempt to have nude pics of one of their players removed from a website -- for now -- because the site's lawyer just said the pics of their player's basketballs are there to stay.

The Spurs' lawyer fired off a letter to TheDirty.com last week, demanding the website "immediately and permanently" remove the photos showing guard George Hill's privates ... pics the genius snapped of himself using his cell phone. The Spurs want the pics down because they shine a negative light on the team's image.

But a lawyer for TheDirty sent a letter right back, saying the site has every right to post photos of "celebrities making fools of themselves" -- and taking them down won't change the fact that Hill is a moron.

TheDirty's lawyer also says the Spurs' attempt to have the pics removed will only cause a "Streisand Effect" -- meaning the matter will become even more publicized due to their attempt to quash it ... like it just did.

We called Hill's people for comment -- no response yet.