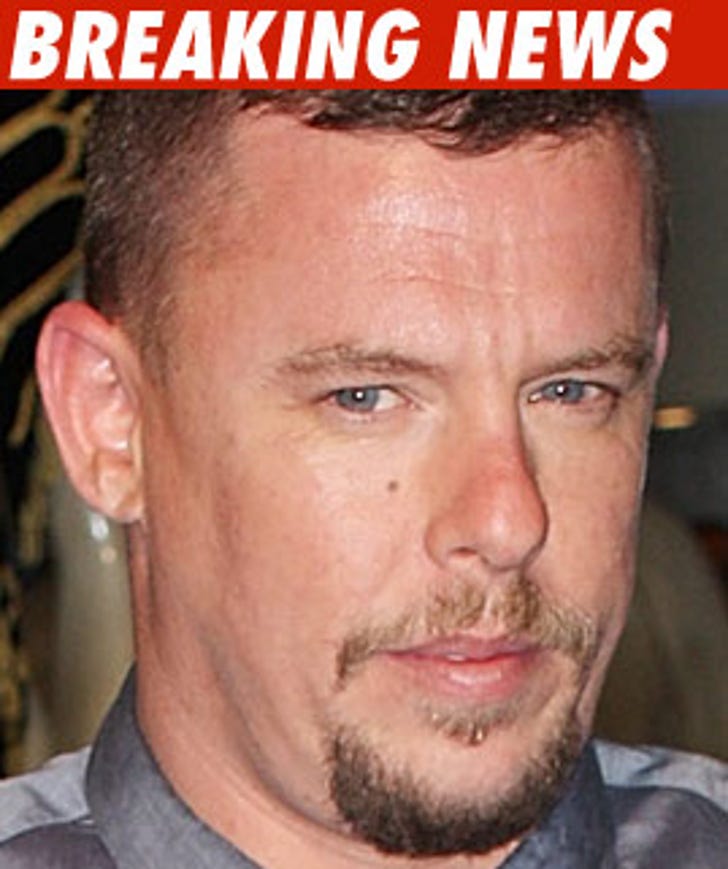 The coroner who inspected the body of Alexander McQueen claims the international fashion designer hanged himself in his closet last week -- and cops have labeled the death as "non-suspicious."

According to London officials, McQueen also left a suicide note -- but the contents of the note have not been released. Officials say the note is "being looked at by police."

McQueen's body was discovered in his London apartment last Thursday.

The coroner claims a full post-mortem report will be completed by April.