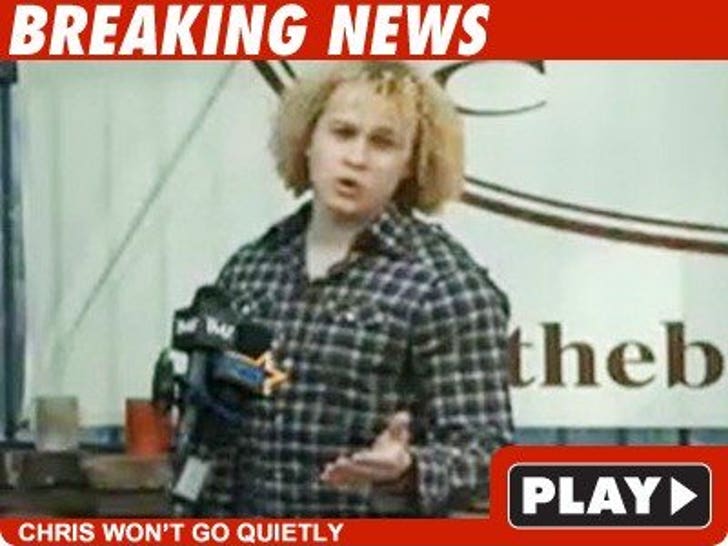 Chris Golightly -- who was disqualified from this season of "American Idol" after reaching the Top 24 -- just sang his heart out during a news conference he set up in an effort to be reinstated on the show. 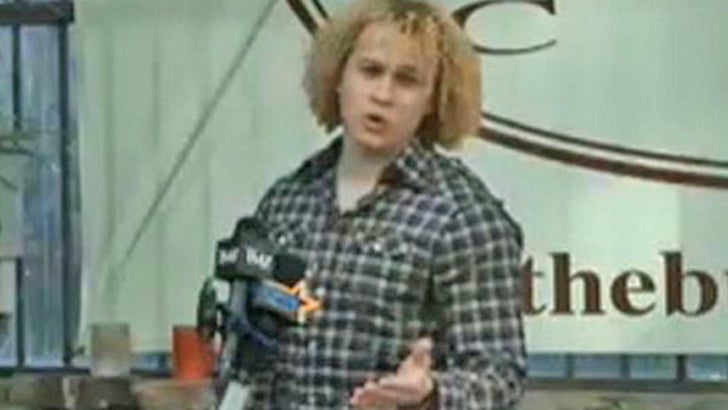 Chris started the whole thing off by stating his case -- that he did in fact sign this non-"Idol" recording contract on May 30, 2009 ... but claims he was released from the contract a month later and should not have been disqualified from the show.

today ... which he says released him from his contract in time to appear on "Idol."

That's when Chris busted out "Man in the Mirror" by Michael Jackson ... and it was priceless. After it was all over, we interviewed him ... and got him to sing another song.

Below are the updates we posted as they happened...

UPDATE 9:28 AM PT: It's about to start, even though nobody really showed up.

UPDATE 9:30 AM PT: Chris calls the whole thing a "misunderstanding." He says he in fact signed the contract we posted earlier today ... but claims he was released from that contract in June.

Chris says he wants to be reinstated. Good luck with that.

UPDATE 9:34 AM PT:
Yes, Chris is singing "Man in the Mirror" right now. That was special.

UPDATE 9:37 AM PT: Chris is doing interviews, but we're gonna try to get him to sing again. Get your lighters ready.