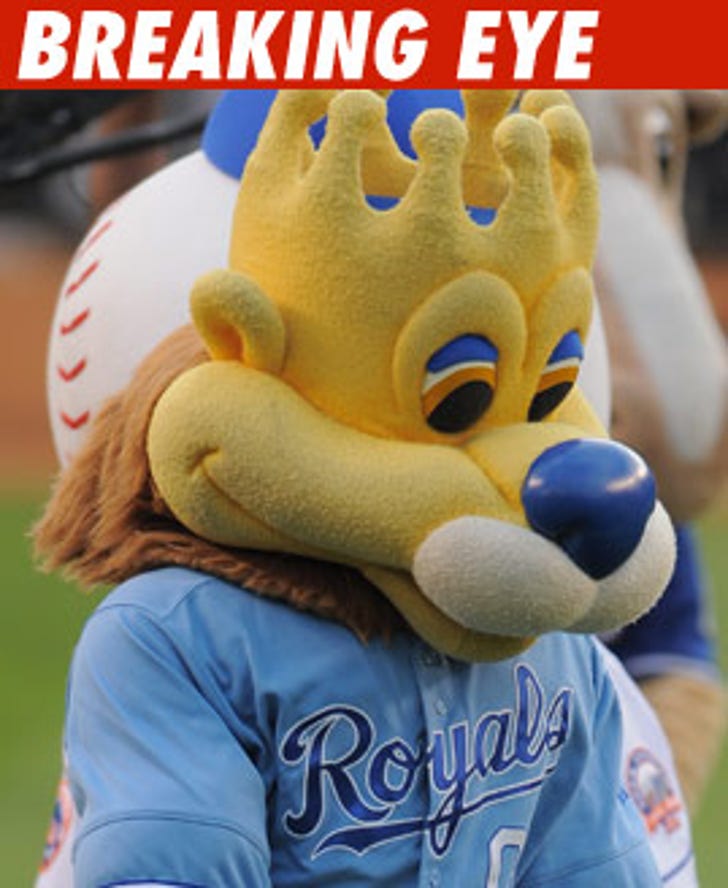 Sluggerrr the Lion -- the mascot for the Kansas City Royals -- is accused of poking a fan's eye out with a steaming hot wiener during a Major League Baseball game last year ... and now the team is being sued over it.

It's all in a lawsuit filed in Jackson County, Missouri in which John Coomer claims he was just chillin' at a game on September 8, 2009 -- when Slugger "climbed atop the third base dugout and started shooting hotdogs into the stands from an air gun."

Coomer claims Slugger eventually put the air gun down -- and started firing off the wieners by hand ... when, according to the suit, things went horribly wrong.

In the docs, Coomer claims "Slugger lost control of his throw or was reckless with his throw, and threw the hotdog directly into the Plaintiff."

Coomer claims the dog hit him right in his left eye -- leaving him with a detached retina and the development of cataracts.

Coomer is now suing the Royals for more than $25k for negligence and battery -- claiming they "failed to adequately train its agents ... in the proper method in which to throw hotdogs into the stands at Kauffman Stadium." 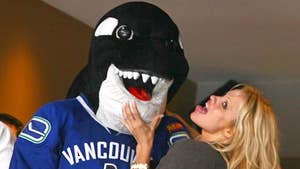 Pam Canucks Around in Canada