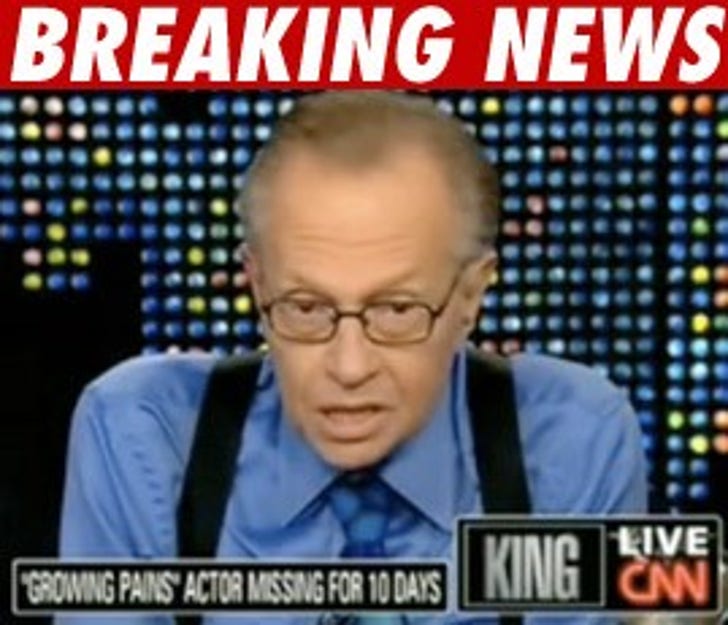 The parents of missing "Growing Pains" star Andrew Koenig left the studio right before their interview tonight on "Larry King Live" ... and not even Larry King knows why.

It happened at the end of the show. When Larry came back from a commercial break, he announced Walter Koenig from "Star Trek" and his wife had abruptly left the Vancouver studio where they were going to be interviewed.

Larry said they left "for some reason, unbeknownst to anyone."

Let's hope for the best.