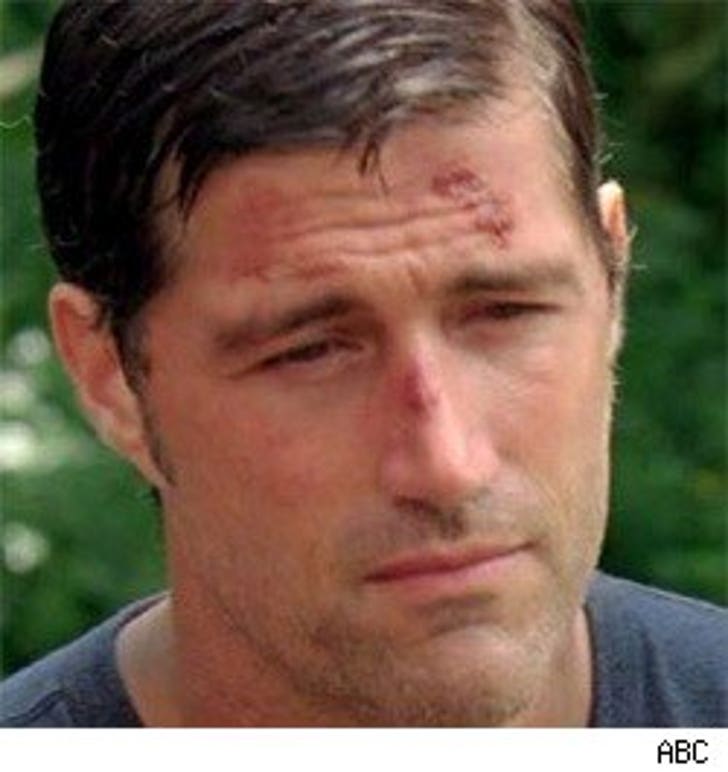 I judge people based on the TV shows they watch. For example: I met a girl at a bar last night. Extremely attractive, at one point she became infinitely more attractive when she told me she loved "The Wire" and couldn't wait to get home to watch "Lost." Had those two shows been replaced by "Law & Order" and some reality show on VH1, I probably wouldn't have liked her as much as I did. TVGuide.com should start a personals section -- I'd be all over it.

For all you "Lost" Diary newbies, here's how it goes: I gather with a group of friends watching "Lost," writing what happens on the show as it happens, and throwing in my two cents along the way. I am watching this Wednesday morning because of the above-mentioned social engagement and my kitchen flooding, which was awesome. Let's roll ...

9:00 -- Watching the "Previously on 'Lost'" makes me realize: I REALLY WANT TO SEE CHRISTIAN TONIGHT.

9:04 -- When Jacob told Hurley that "someone is coming to the island," every hair on my arms stood up. Liking where this is going.

9:07 -- Jack and his son don't seem to have a good relationship. Is "who is the mother of Jack's son?" gonna be the big reveal?

9:09 -- Claire seems totally normal except for the fact she doesn't bathe and is now Rousseau 2.0.

9:12 -- I have come to the conclusion that every scene not involving Hurley and Jacob is going to suck tonight. I hope I am wrong.

9:23 -- A lot of boring talk between Jack and his mom leading up to the Claire revelation. Again, more Jacob, please!

9:24 -- So Claire is nuts, but she's only kinda nuts cause she thinks The Others have her kid. Sound familiar? Rousseau 2.0, for sure.

9:25 -- So Christian is still on the island poking around, but who is Claire's "friend"? Jacob?

9:30 -- Jack and Hurley found Shannon's inhaler and the caves.

9:43 -- So Jack's kid can really play the piano -- do we know of anyone he may have inherited that from?

9:45 -- I paused the TV as Hurley made the mirrors move around, and there are names crossed out at each degree. "Linus" is one of them, and it appears "Wallace" is at 108 -- but that's crossed out too.

9:46 -- Jack found his name on the wheel and is turning the lighthouse to that number.

9:48 -- If you want answers, try not breaking the magic mirrors. Just saying.

9:58 -- Now Jin has decided the correct course of action is to lie to a crazy person. I do not agree.

People complain about "Lost" all the time, but there is really only one time where "Lost" really annoys me -- when you know nothing in the middle really matters and they are just setting you up for the last 10 minutes.

Those last 10 minutes are cool, but parts in the middle really blow.

So the question becomes, is the end worth the middle? In this case, I vote ... maybe a little.

(By the way, this same theory works when judging women in the crazy/hot debate. You can deal with a crazy woman so long as she's hot ... but at some point the crazy outweighs the hot. See: Jolie, Angelina)

I give this episode a C-. I am willing to accept that this episode is a bridge to another episode, but on its own I found it more frustrating that anything. But I loved the Hurley/Jacob stuff, so that kinda saved it.

Lost Party All The Time