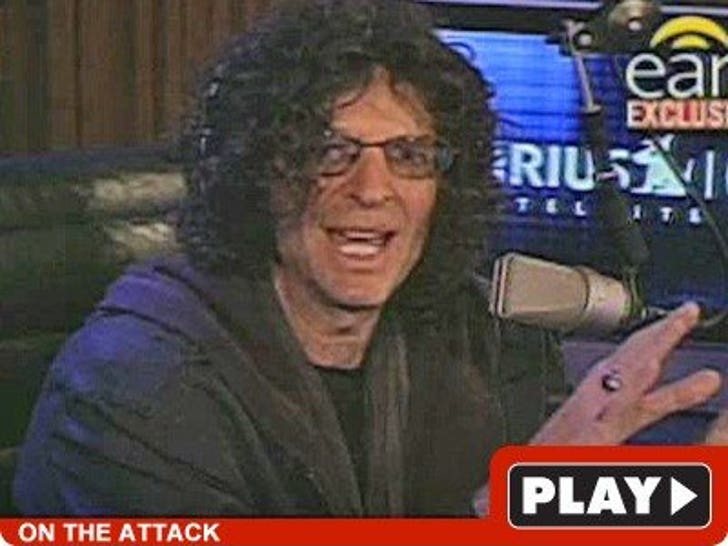 Howard Stern unleashed the fury all over Jay Leno this morning, brutally tearing into the "Tonight Show" host on a segment for the "CBS Early Show."

One day after Leno returned to late night, CBS asked Stern for his thoughts, which went like this: "The mere mention of Jay Leno's name makes me wanna vomit. I don't like this guy."

Stern, who has a long gestating hatred of the talk show host, also referred to Leno as a "lap dog" and a "thief" ... once again accusing Jay of stealing material from himself, Letterman and even people in England.