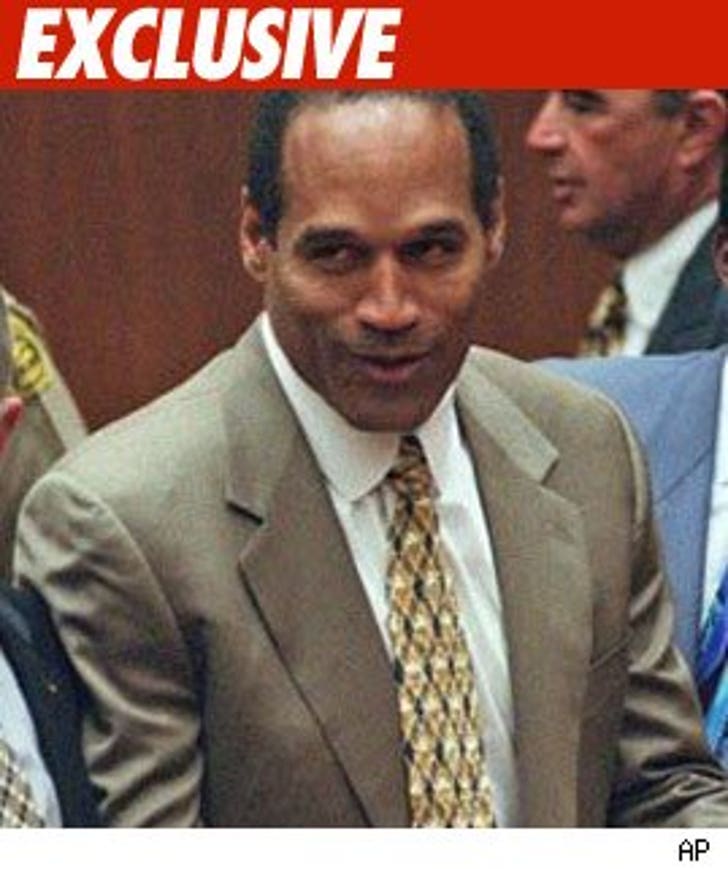 O.J. Simpson's famous "acquittal suit" may end up in a museum after all -- we're told officials at the National Museum of Crime & Punishment are dyin' to get their Isotoners on it.

As TMZ previously reported, it's highly unlikely the Smithsonian Institution in D.C. will take the dirty laundry -- but a rep for the NMCP tells us the suit would fit perfectly in a temporary exhibit at their place.

The rep, Chief Operating Officer Janine Vaccarello, said the suit could be used as part of an "Assumed Guilty" or "Tried by the Media" theme.

Sounds nice ... but we'd suggest they go with "Got Away with Murder" or "What the Hell Was the Jury Thinking."

The attorney for the Goldman family, David Cook, tells TMZ, "We would look at any candidate who would hang this suit in a public closet."