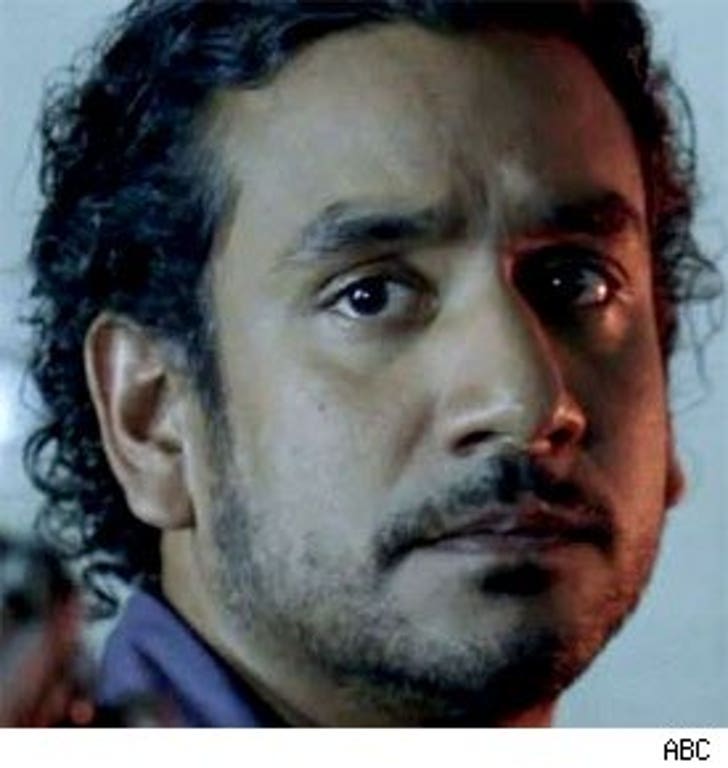 This week's promos promised our questions would be answered -- that's a lot like promising the most shocking rose ceremony ever on "The Bachelor." I think the promo departments for those shows default to commercial when they just don't know what to do. "Hey, I have no idea how to promote this episode ... so let's just promise answers!" Needless to say, I am skeptical. I think the odds are better that tonight's "Lost" gives us the most shocking rose ceremony ever before it gives us answers.

For all you "Lost" Diary newbies, here's how it goes: I gather with a group of friends watching "Lost," writing what happens on the show as it happens, and throwing in my two cents along the way. My "Lost" plans fell through tonight so I am watching solo. Let's roll ...

9:01 -- Uncle Sayid? Looks like Sayid is not with Nadia in the flash sideways.

9:02 -- Something tells me Sayid's friend isn't in the dry cleaning business.

9:03 -- "I want some answers." -- Sayid. I wish people would just start asking questions instead of telling people they want to ask questions.

9:05 -- Is it weird I was rooting for Dogen when he fought Sayid? And what's with the crazy baseball hitting the floor? Dogen got that look on his face my grandmother gets when you get crumbs on the carpet.

9:10 -- Looks like Sayid's friend is in the dry cleaning business. He is also stupid.

9:15 -- Dogen is explaining to Sayid how Not Locke has Claire under his spell and plans on killing everyone on the island -- and now he wants him to kill Not Locke. Easier said than done.

9:23 -- Kate's back at the temple and Miles just told her Claire is back -- and he thinks she looks hot. That might be the most ridiculous thing anyone has ever said on "Lost."

9:29 -- Not Locke is pretty OK with Sayid trying to kill him. Just because you are pure evil, doesn't mean you can't be forgiving.

9:31 -- "The only thing I ever wanted died in my arms." -- Sayid. Sorry, I accidentally changed the channel to Lifetime.

9:34 -- Kate is going to talk to Claire who is trapped in the well they used in "Silence of the Lambs."

9:35 -- Claire seems very thankful that Kate took Aaron off the island and raised him on her own. Wait, did I say thankful? I meant bat shit crazy.

9:42 -- Sayid is being threatened by the guys who loaned Sayid's brother the money. I don't think this will end well for them.

9:51 -- Dogen tells Sayid a story about how he got into a drunk driving accident and his son died. But Jacob came along and fixed the problem ... but Dogen had to come to the island. Doesn't that feel like something the Man in Black/Not Locke would do, not Jacob? Is it me or are Jacob/Man in Black just the same person.

9:57 -- Illana and company are trying to help everyone. Sayid, however, does not want to be helped.

I've said for a long time that episodes of "Lost" have to be judged by different criteria -- a season finale, for example, is different than an episode in the middle of the season. Well, I think I have a whole new category for episodes -- season 6.

We're in the final season of "Lost" and I think we are all expecting certain things from this season -- and rightfully so. "Lost" has a well-earned reputation of raising questions, but never giving answers (despite what the promos say). But we're coming up on the finish line now -- only 12 episodes left after tonight -- and I am, fairly or not, expecting some answers each week.

I watched this episode and walked away fairly unimpressed -- didn't give me what I wanted. But I did a little reading, watched part of it again, and I grew to appreciate some of what it did give. The Not Locke/Man in Black/Jacob relationship is at the core of what is going on right now and we got a lot of that. I still don't feel like things are entirely black and white (pun intended) but it is interesting to try and figure out.

One of the key factors for me when I give a grade is rewatchability -- when you watch season 6 again on DVD some day, is this really an episode you will be looking forward to? Me thinks not.

James Harden Emotional Farewell To Houston 'I Am Forever Indebted'