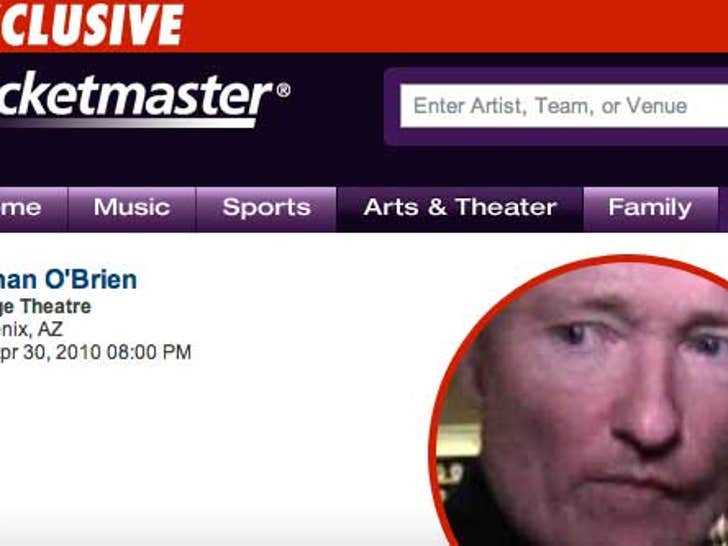 Conan O'Brien is coming back ... to the Dodge Theatre in Phoenix. Who needs "The Tonight Show"? 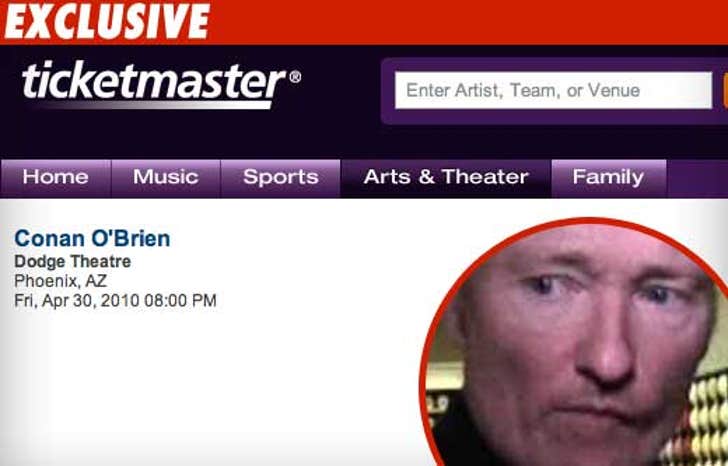 Ticketmaster confirmed to TMZ they are in fact selling tickets to a Conan O'Brien stage show that goes down April 30. It's unclear what Conan will be doing exactly ... but tickets go on sale Monday March 8 at 10:00 MST.

Calls to the Dodge Theatre have not yet been returned and Conan's reps could not be reached for comment.

UPDATE: The listing on Ticketmaster has disappeared, but a rep at the box office for the Dodge Theatre said the event is supposed to go down. Stay tuned ...