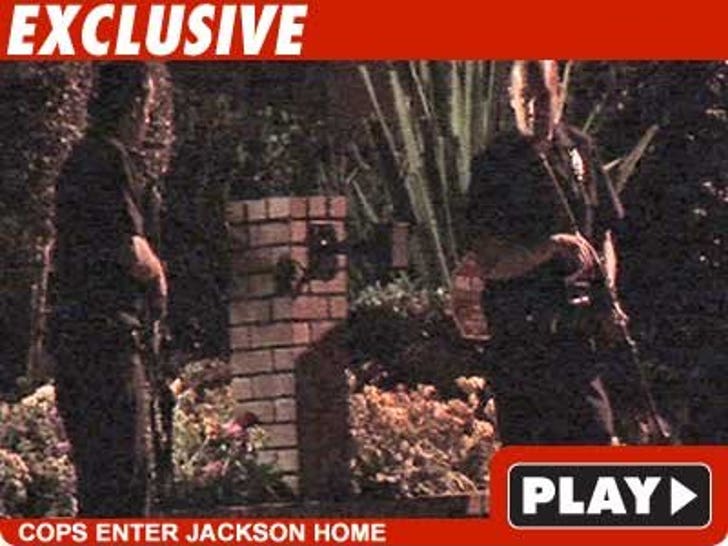 Armed LAPD officers swarmed around the Jackson Estate tonight on foot and in the air, but it turned out to be much ado about nothing -- the perfect ending to a crazy week at the Encino home. 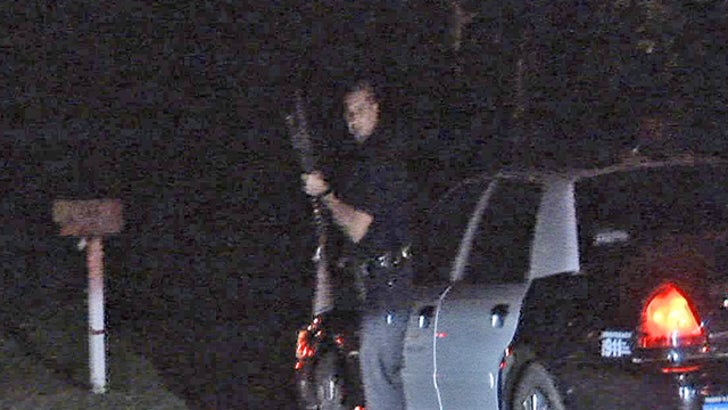 Around 9:00 PM PT, at least five officers entered through the front gate of the compound with shotguns drawn -- while an LAPD chopper circled overhead. Cops tell us they were responding to a burglary in progress call.

But everything was fine once they got on the grounds. We're told the emergency call -- which came from outside the house -- was a false alarm.

No word on exactly which Jacksons were home during the raid.

L.A. County Department of Children and Family Services investigators have been at the Jackson home all week over that whole stun gun thing with Jermaine's son Jaafar.