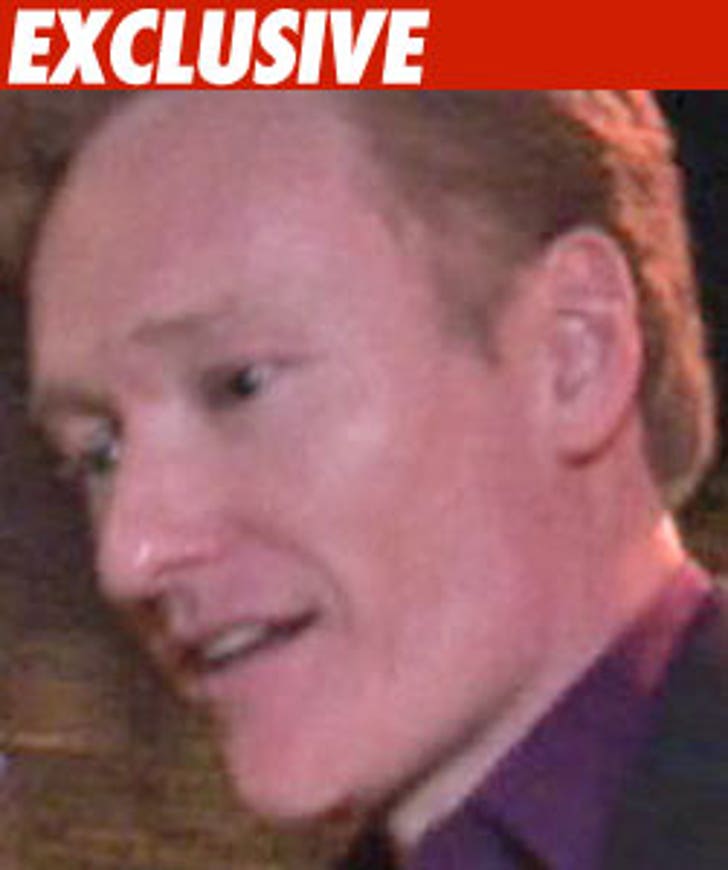 Fox execs have been in touch with several affiliates, "applying pressure" to put Conan O'Brien on the air between 11 and midnight ... sources tell TMZ.

It's the clearest sign so far that Conan is going to Fox.

Our sources say Fox execs and Conan's reps have been "seriously talking," though no deal has been made.

Some of the Fox affiliates have been resistant to running a Conan show, because they'd make more money with the current schedule of sitcom reruns such as "The Office."

Several execs at the affiliate stations are saying they have felt the pressure from Fox honchos to take O'Brien's show.

And we've learned execs at several major Fox affiliates are saying a deal is "imminent."