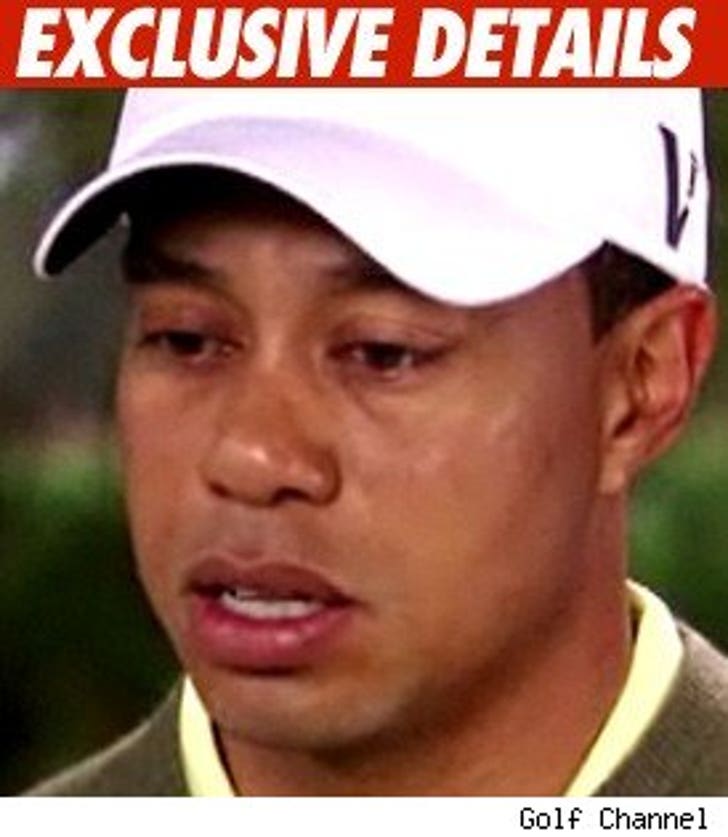 There's a major hole in Tiger Woods' televised explanation of the infamous mistress saga -- a hole that could prove the golfer is still in the business of keeping scandalous secrets.

TMZ noticed the red flag during Tiger's new interview with the Golf Channel when Woods flat out denied that certain members of his "inner circle" had helped him to reach supermassive man-slut status -- saying, "no one knew it was going on when it was going on."

Here's the problem with that statement: As we first reported months ago, Tiger's childhood friend and employee Bryon Bell organized a trip for mistress Rachel Uchitel to meet Tiger in Australia ... just weeks before Tiger crashed the Escalade.

Assuming Bell was aware of the nature of the trips he was arranging -- Tiger's assertion that no one knew it was going on seems to be 100% B.S.

So the question now -- is Tiger lying to cover his friend's ass?