The lead singer from the band NOFX is under fire for giving out free shots of Patron during a recent show -- shots that appeared to have been watered down ... with the punk rocker's urine. 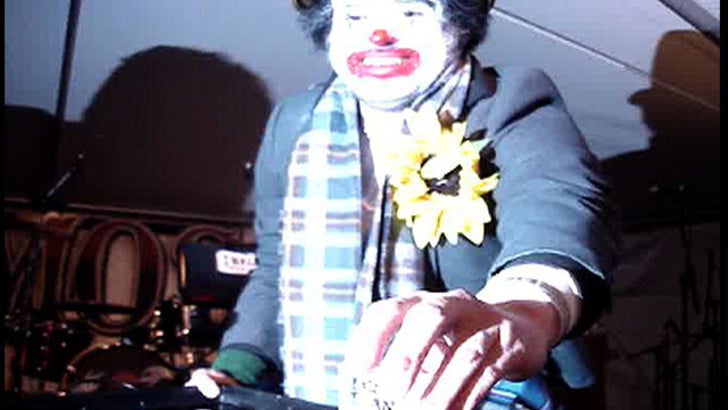 The guy accused of pissing everybody off -- Fat Mike -- put on a solo performance as his alter-ego "Cokie the Clown" at last week's South by Southwest festival in Austin ... covered by punk news website DyingScene.com.

Mike began the show by passing out the shots to fans and even downed a couple himself. But after a bizarre half hour in which Mike described his friend hanging himself, smothering his dying mother to death and milking a fan, Mike decided to show the crowd a very, very disturbing video.

The video appears to begin just moments before Mike took the stage and shows the singer urinating into a bottle of tequila ... and then serving it to the audience. The video did not appear edited.

So far, cops are not investigating the situation, but when we called the Austin Health Department to ask if they had taken any action, they told us they were unaware of the incident ... but would be looking into it.

Fat Mike told TMZ, "I confirmed that urine was not classified as a biohazard waste and not subject to the risks of legal ramifications of blood, semen, or feces."