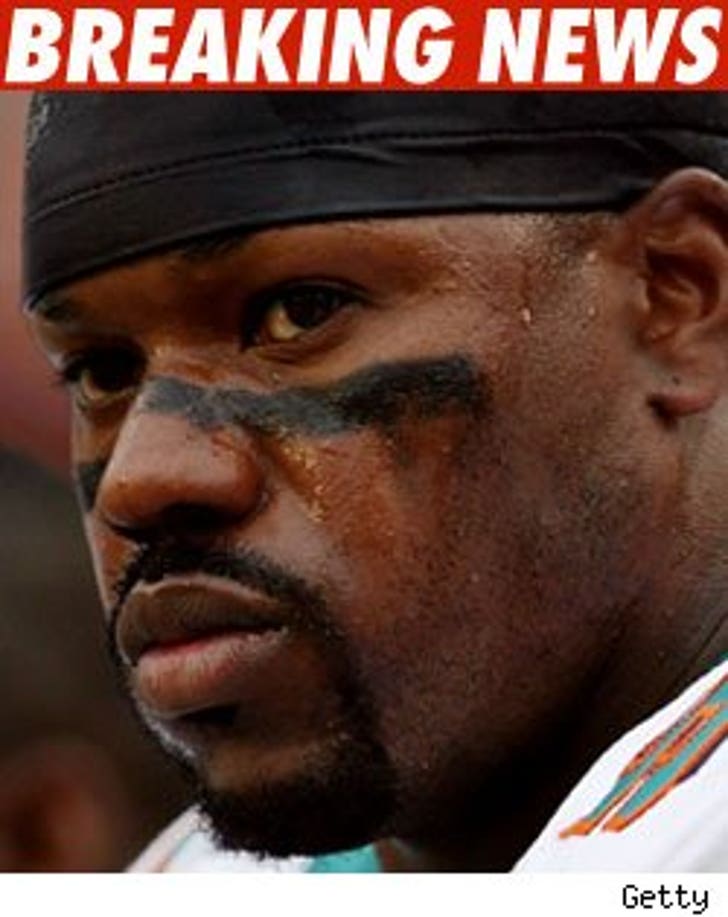 Arizona Cardinals linebacker Joey Porter was arrested outside a Taco Bell this morning after officials say Porter put his hands on a cop.

According to the California Highway Patrol, Joey was driving in a Taco Bell parking lot in Bakersfield -- his home town -- when a friend of Joey's was stopped by police.

According to officials, Porter pulled up near the action -- too close apparently -- because a CHP officer rolled over to his car, where he detected the smell of alcohol coming from Porter's car.

Cops say the officer asked for Porter's driver's license, but he refused to hand it over. ... instead, officials say, the 33-year-old tried to roll up his window.

Cops say the officer tried to reach in the car to manually unlock the car -- and that's when Porter "slapped" the officer's hand away.

According to the CHP, the officer decided to grab Porter's arm -- and that's when things got crazy. Porter allegedly got out of his car "in a confrontational manner."

The officer claims he drew his pistol and ordered Porter to the ground, but he wouldn't comply -- though he did ultimately agree to place his hands behind his head.

Additional officers were called to the scene to aid in the arrest. Porter was eventually taken into custody and booked at a nearby jail. He was eventually charged with 3 misdemeanors -- DUI, resisting arrest and assault on a peace officer.

Porter recently signed a big fat contract with the Cardinals -- reportedly worth $17.5 million for 3 years.