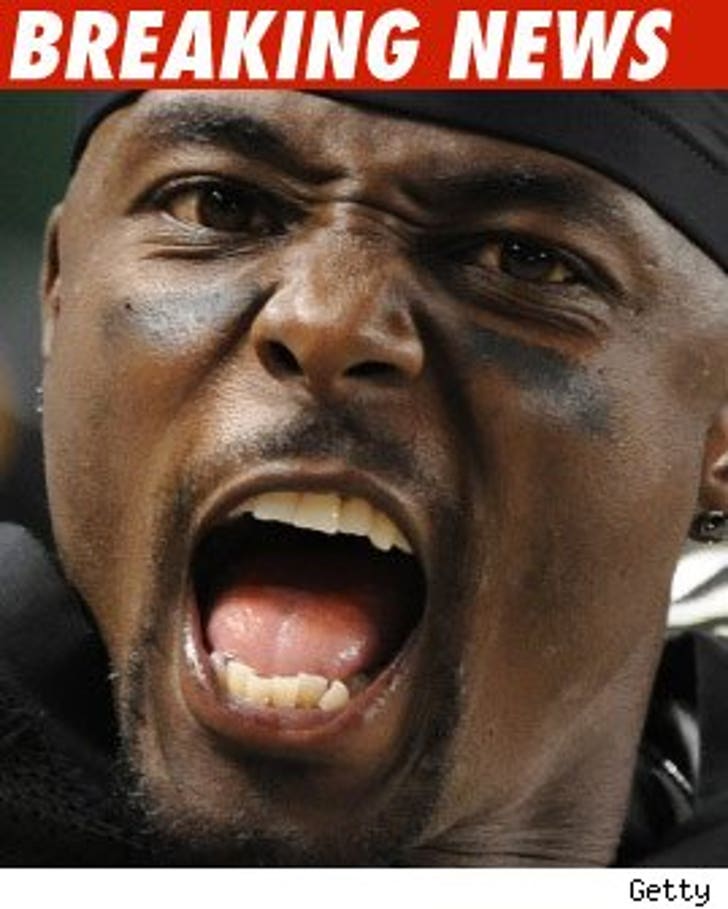 Pittsburgh Steelers wide receiver Santonio Holmes told cops that his accuser called him a "f*ck n*gger" on the night he was accused of attacking a woman with a glass, this according to the police report.

According to the documents obtained by TMZ, an off-duty officer who was working at Club Rain in Orlando on March 7 -- the night of the alleged incident -- claims he spoke with both Holmes and his accuser, Anshonae Mills, outside the club ... and got two completely conflicting stories.

The officer claims Holmes told him that he tried to walk away from a conflict involving a seat in the VIP section when Mills grabbed him by the wrist and called him a "f*ck n*gger."

Holmes then said that an unknown woman in the club threw the glass that eventually struck Mills in the face.

But Mills saw things differently -- telling the cop that Holmes got in her face over the VIP seat and Holmes was the one who fired the glass.

The officer claims he told Mills that she would need written sworn statements from "everyone" before he could make an arrest. According to the report, Mills then asked the cop if she could talk to Holmes one-on-one and the officer agreed.

The cop says he observed Mills "smiling and rubbing Holmes' face" during the interaction.

The cop says the two returned 5 minutes later and Mills agreed not to pursue the matter further. The officer says he did notice that Mills did have a small abrasion over her right eye ... but she refused medical attention.

As we previously reported, Mills had a change of heart -- and filed a civil lawsuit against Holmes last week.