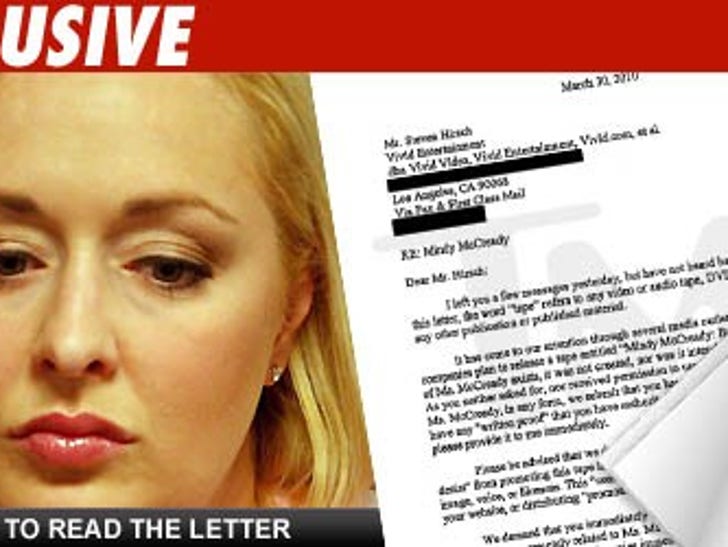 TMZ has obtained a cease and desist letter just fired off to Vivid Entertainment in which Mindy's lawyer claims the tape -- which reportedly shows Mindy describing sexual encounters with celebrities like Roger Clemens -- was "never intended for sale or public distribution."

Mindy's lawyer believes Vivid does not have the right to distribute the tape -- which Mindy claims was stolen from her home three years ago -- and they want Vivid to "destroy" any copies they have of the tape ASAP.