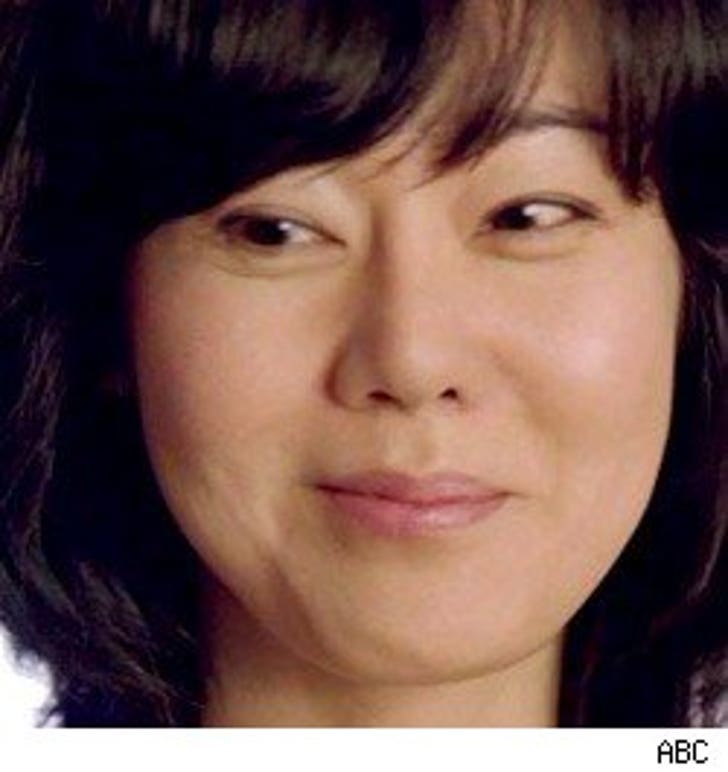 For all you "Lost" Diary newbies, here's how it goes: I gather with a group of friends watching "Lost," writing what happens on the show as it happens, and throwing in my two cents along the way. I have quarantined myself tonight because I have an awful cough and cold. Sucks, but let's roll ...

9:01 -- We're watching the Not Locke crew gathered on the beach through some sort of surveillance video. Meanwhile Not Locke is trying to have a chit-chat with Jin.

9:02 -- Not Locke says the only way they can leave the island is if all the candidates go together. Here's to hoping -- again -- that this is the week they reunite Jin and Sun.

9:05 -- Sayid and I are going through the same thing right now. He feels like shit because he is possessed by some sort of dark spirit -- and I spent last weekend in Las Vegas. Roughly the same feeling.

9:06 -- I hate it when I am trying to talk to my friend about my other dead friend who is possessed by some sort of spirit that can change into a deadly smoke monster ... and then we all get hit by tranquilizer darts. Sucks.

9:12 -- Ok, well Jin and Sun are not married ... but they still got a little something something going on.

9:13 -- Not Locke is chatting with Sun. Do you think he walked all the way across the island or do you think he took the Black Smoke Express?

9:19 -- Ok, so Sun is running away and Not Locke is going after her on foot. Seems like the perfect time to be able to turn into a black cloud of smoke.

9:20 -- Sun is trying to convince Jin to run away with her -- and shockingly this is taking some convincing.

9:22 -- Not Locke has returned to his camp to find everyone unconscious. He does not look happy.

9:35 -- Keemy is willing to let Sun go to the bank to get the money. I thought he'd be a lot dumber about the whole thing.

9:37 -- Not Locke has made his way to the other island and they are shooting at him -- but they have erected an anti-Smoke Monster fence.

9:42 -- Sun just gave a really impassioned speech ... that no one understood. But she stormed off at the end, so they got the point.

9:47 -- Interesting choice of words from Widmore -- he says if Not Locke gets off the island, everyone they know and love would "cease to be." He didn't say "die." Interesting.

9:54 -- Mikhail and Sun have returned to find everyone dead or at least close.

9:55 -- Mikhail and Jin are battling it out in the kitchen and I can't help but think that either Jin or Sun is going to die.

So the question we're left with is -- why is Desmond so important? I have a few ideas.

But I'll start with a question -- why was Desmond on the island in the first place? His boat crashed during that race he was on, right? Right? Knowing what we know now, do you think that's true? And by true I mean ... is that all there is to it?

If Jacob "brought" the Black Rock to the island -- and Oceanic 815 -- what's to say he didn't "bring" Desmond? The question is why.

Desmond seems to be some sort of bridge between our two worlds -- the island and the flash-sideways. I am not sure how or why, but the fact that he wasn't on Oceanic 815 before and he is "now" always stood out like a sore thumb.

I don't know how it all comes together, but I think Desmond plays a huge role in bringing the two time lines together somehow.

Can't say I enjoyed the episode a ton. It kept me interested throughout, but as per usual lately the whole episode was telegraphed. You knew Jin would be fine and you knew the big reveal at the end was going to be The Package (and we all had a pretty good guess it was Desmond). "Lost" has been a little too predictable for my tastes this season.

I give this episode a C because I always love Jin and Sun. And how's this for a "Lost" fun fact, courtesy of Lostpedia: This is the first time since the Season 3 finale that all credited main cast members have appeared in an episode, a 27-episode gap.