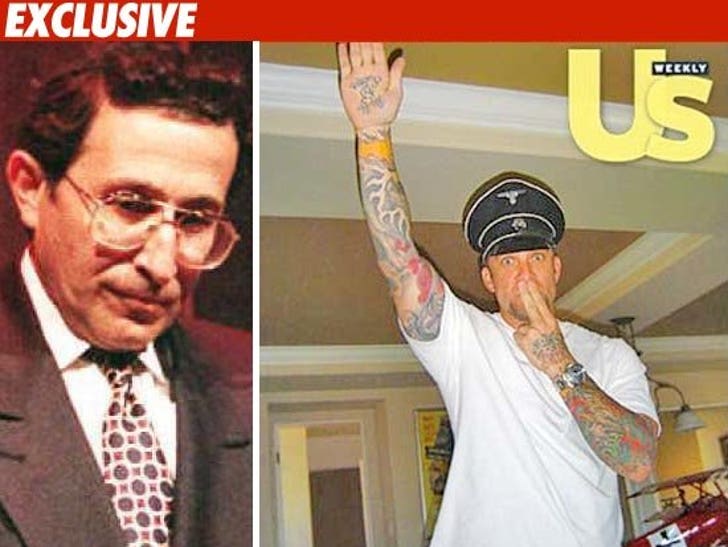 A famous rabbi is lashing out at Jesse James for the Hitler-esque photo that is making the rounds.

Rabbi Marvin Hier, Dean and Founder of the Simon Wiesenthal Center in L.A., says "To poke fun, giving the sieg heil, and wearing the Nazi uniform is desecrating and beneath contempt."

Jesse's attorney, Joe Yanny, claims the hat was a gag gift given to him by his Jewish godfather. Yanny adds possessing Nazi memorabilia does not make someone a neo-Nazi.

But Rabbi Hier is unmoved, adding, "Whatever condemnation he gets, he has richly earned it."