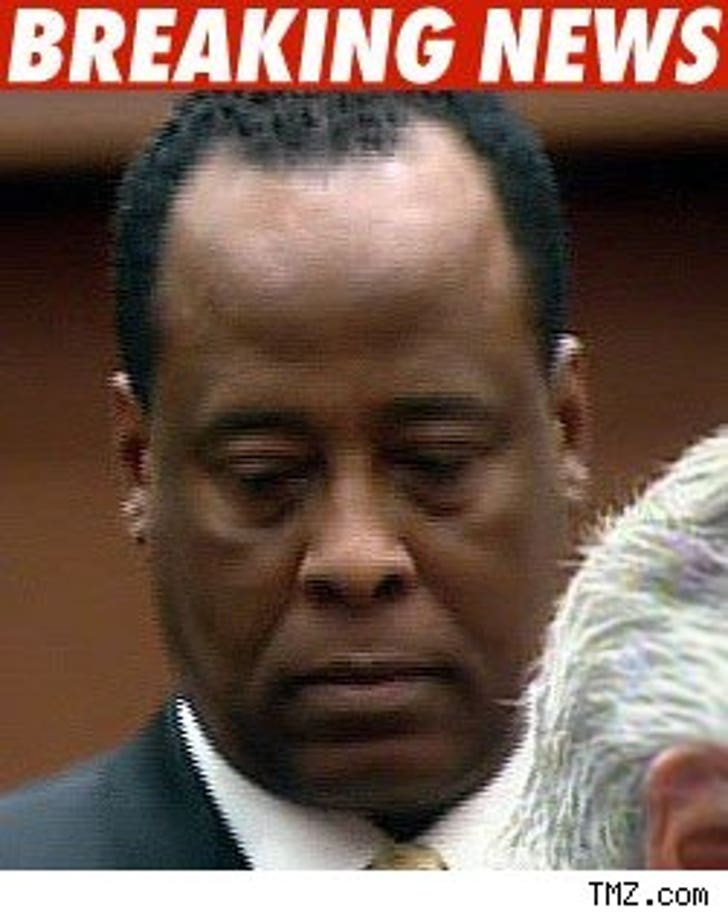 Dr. Conrad Murray dodged a bullet in court today -- a judge put off ruling on whether Murray should have his medical license suspended.

Judge Michael Pastor, in the interest of full disclosure, told lawyers for both sides he was appointed to the bench by Attorney General Jerry Brown back in 1983 when Brown was governor of California. Brown is the one who is gunning for Murray's license.

And, in the "small world" category, Judge Pastor revealed he wrote a letter of recommendation for prosecutor David Walgren, who is looking to become a judge.

Pastor said he doesn't think either issue will affect his judgment.

All sides are due in court again on June 14.