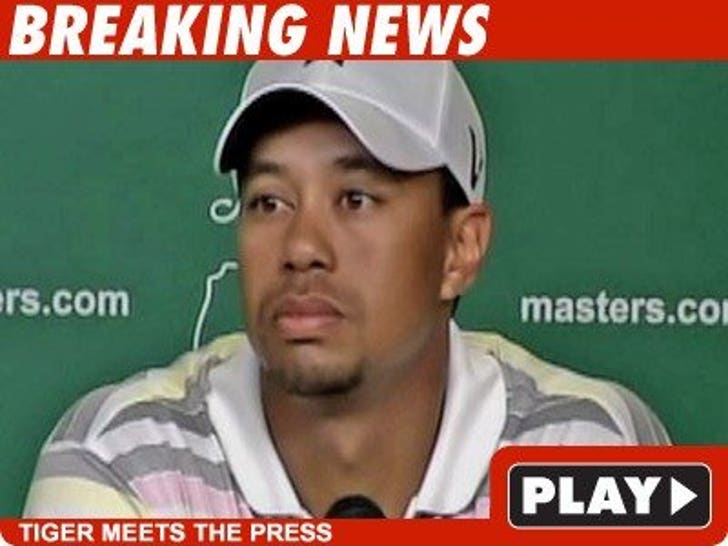 Tiger Woods says he's going to "try and go out there and win" the Masters ... but wife Elin Nordegren won't be there to cheer him on. 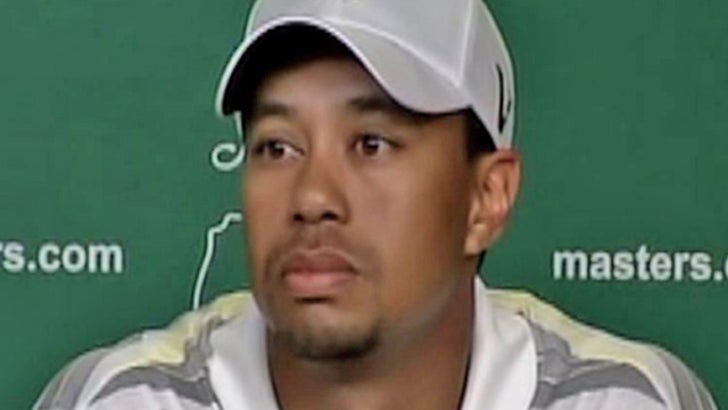 Tiger just finished a press conference moments ago, where he took questions for the first time since his sex scandal broke -- and said Elin wouldn't be attending the tournament.

Though Woods repeatedly talked about going to rehab, he refused to say what he specifically went for -- but said "I was lying all the time" and needs to be "a better man going forward."