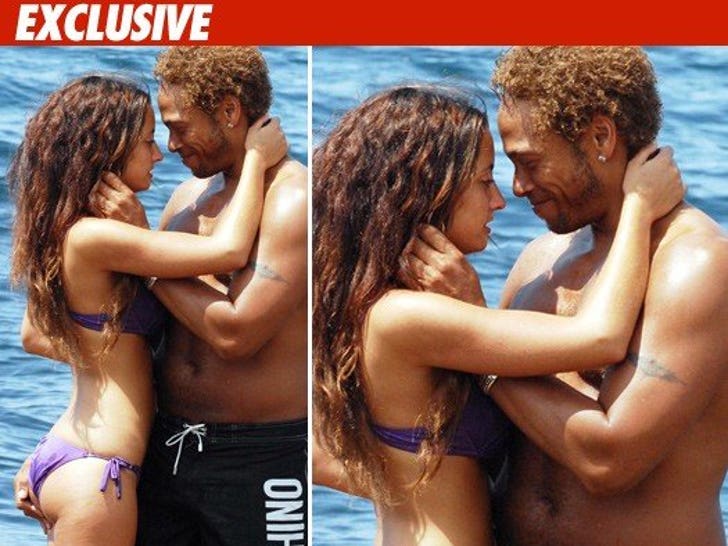 Former "CSI" star Gary Dourdan has cleaned up his act and a legal mess after his girlfriend got arrested last month for domestic violence.

TMZ has learned the criminal case against Dourdan's girlfriend, Maria Asis del Alamo, was dismissed today. Turns out the whole thing was a big misunderstanding.

Seems Gary and Maria were having a good time in a Venice, CA home, when a nosy neighbor mistook passion for violence. The cops came and, despite Gary's protests, they arrested Maria after noticing a scratch on Gary's neck.

Prosecutors now realize it was the sound of love, so the case has gone bye-bye.

As for Gary, he's been sober for more than a year, has a beautiful GF, is in love, and knows how to show it. Not a bad turnaround.

Chris Brown Ridicules Grammy Winner After Loss "Who The F*** Is Robert Glasper?"