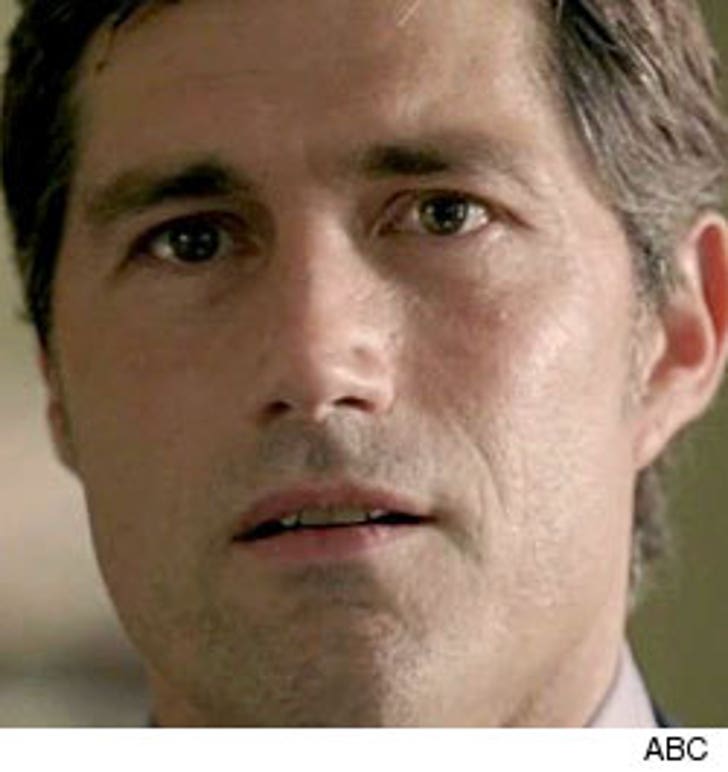 Lately, I have been having a difficult time writing this intro paragraph (sometimes I have even skipped it all together). Then today, a friend who doesn't watch "Lost" asked me, "Hey, how has this season been? I've heard mixed things." I struggled to answer him. I wouldn't say I have been disappointed by this final season, but how many truly great episodes have we had? Maybe two? The rest I have felt very ambivalent about. Maybe that's why I can't think of a topic to lead the Diary off with each week.

For all you "Lost" Diary newbies, here's how it goes: I gather with a group of friends watching "Lost," writing what happens on the show as it happens, and throwing in my two cents along the way. Tonight I am watching "Lost" with my co-worker Molly and her weekly crew. I have been warned about excessive pausing and needless chatter. Should be interesting. Let's roll ...

9:00 -- Is it just me or was the Previously on "Lost" segment very flash sideways heavy.

9:01 -- Picking up where we left off at the "Lost" Tribal Counsel, Not Locke tells Jack they have "a lot of catching up to do." Why would Not Locke say that? Is there some part of Locke still inside there?

9:02 -- Not Locke tells Jack that he sometimes like to dress up as Christian Shephard and go haunting Jack in the jungle. OK, he didn't say it in those exact words, but still. By the way -- if we never hear from Christian again, I will be beyond angry.

9:03 -- Not Locke is explaining to Jack that he has been Team Jack from the beginning -- and that it was Jacob's fault he was stuck on the island in the first place. I think Not Locke is gonna need a better sales pitch than that. Then again, Jack is pretty dumb.

9:05 -- A Claire/Jack reunion has about as much emotional pull on me as one of those DirecTV commercials.

9:11 -- When was the last time this many Losties were together at the same time?

9:14 -- Zoe has shown up to camp and she wants Desmond back. What would happen if Team Widmore killed all the candidates? Would Not Locke be able to leave? Can they even be killed?

9:20 -- Claire and Desmond have run into each other as Claire is headed to an adoption agency. Desmond is trying to help Claire with her adoption meeting, but really just comes off like a creepy stalker. But he's got an accent and he's quite handsome, so I am guessing Claire will be all for it.

9:22 -- So instead of being some kind of mercenary, Ilana is a lawyer in the flash sideways universe.

9:23 -- Not Locke is rallying the troops to take on Team Widmore. Not exactly the speech from "Braveheart," but it will do. We also had to watch this scene twice because Molly went through the convoluted process of removing one of her socks so she could use her feet to steal a bag of Thin Mints. These kinds of things don't happen when I watch "Lost" by myself.

9:24 -- Sawyer is letting Jack in on his plan and Not Locke is sending Sayid to kill Desmond. I wish I could combine those sentences and Sayid was headed to kill Jack. Alas ...

9:30 -- Apparently Desmond is chilling in the bottom of a well. Last week they made that well seemed like it was never-ending, this week it was like 20 feet.

9:32 -- Remember a few weeks back I threw out an idea that how much people changed in their flash sideways was some how indicative of which team they ended up on? And I said that Kate, Sawyer and Sayid all seemed to still sort of be the people they were before the island? Have you noticed who this week's flash sideways seems to be focusing on? Just saying ...

9:34 -- Sawyer is trying to explain to Kate that since Claire is "drinking Locke's Kool Aid" she's not allowed in their escape plan. I can already see how Kate goes against Sawyer's instructions and screws things up. It's the Kate way.

9:35 -- Seems as if Sayid is running a little late -- perhaps Desmond's little speech worked? What am I saying? Of course it worked! Desmond can't die in the bottom of a well.

9:36 -- Jack is carrying out Sawyer's plan, but Claire has caught wind of it.

9:37 -- Sayid just lied to a man who can turn into a black cloud of smoke and kill everyone. Bad idea.

9:44 -- Jack and his son are the lawyer's office to hear Christian's will being read -- and to meet Claire, I suppose.

9:46 -- There's been an emergency at the hospital -- probably something to do with a paraplegic being hit by a car.

9:56 -- I'm actually enjoying Jack and his son and I liked that Jack jumped off the boat. Wait, do I like Jack now?

Anyway, I think the point we are supposed to take home from tonight's episode is that everyone is coming together -- both on the island and off. I can't remember the last time we had so many of our main characters together.

But if the point of the episode was simply that the main characters are coming together, then was there really any point?

This is also the second week in a row that we've been given the answer to a long-standing question and that answer just felt "convenient." So the Man in Black took the form of Christian back in episode 3? Do you think the writers knew that at the time they wrote it? And hasn't Christian appeared to people off the island (Michael, right before he died) and we know the MiB can't leave the island?

Although ... it was "Christian" who was the one who told Locke to bring everyone back to the island. So perhaps that works. Still, feels a little forced.

Speaking of Christian -- if there are no further revelations about him before this is all said and done, my head will explode.

Tonight's episode violated a major rule for me: The Sydney Bristow rule. Several episodes of "Alias" would end on a cliffhanger with Sydney facing certain death. Really? You're going to kill the main character now? I don't think so.

"Lost" did it tonight ... twice! There was no way in hell Desmond was being shot at the bottom of a well. And I certainly don't think half the cast is getting mowed down by machine guns on the beach. Faux suspense is the worst thing a show can do.

All in all, tonight's episode did very little for me -- and I didn't even get to the let down I had from the Jin/Sun reunion. I was expecting a little more build-up (like one of them actually deliberately doing something to find the other, rather than "Oh hey, look. There you are." And don't get me started on Sun's reappearing English).

I give tonight's episode a C-. We're getting down to the wire here and I expect a lot from each episode and lately, I feel like they are falling short.

Here's a question -- remember back during season 2 or 3, when something so mind-blowing would happen, that you'd have to pause the show right then and there? Maybe even immediately rewind the scene and watch it again? I called them TiVo Moments (not sponsored).

How many of those have we had in the last, let's say two seasons?

It's not the barometer by which to judge all of "Lost," but I miss those moments.