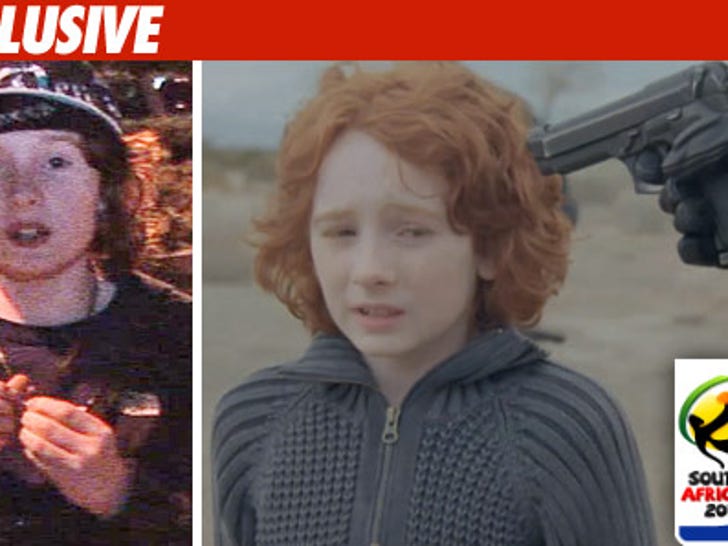 The redheaded kid who was fake-executed in the new M.I.A. music video is paying a dear price for his fake death -- sources say Shakira's people 86'd his close-ups from her new project over the gruesome scene. 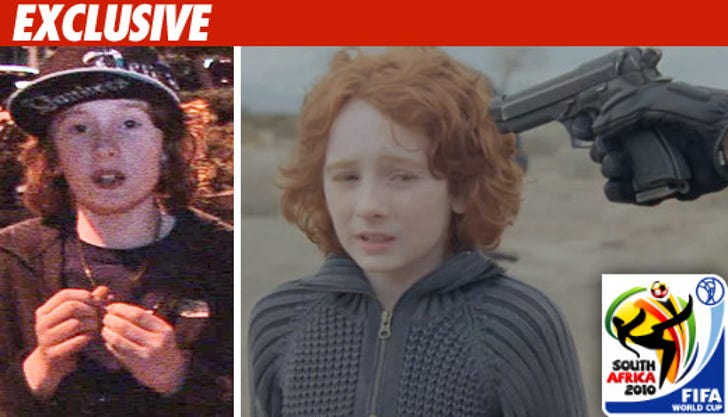 Sources tell TMZ Ian Hamrick -- the 12-year-old featured in M.I.A.'s "Born Free" -- was slated for a feature role in Shakira's new video for the song "Waka Waka" -- the official tune of the 2010 World Cup.

We're told Hamrick had already shot several scenes for the Shakira video -- but most of the footage featuring Ian ultimately hit the cutting room floor. As for why he got chopped out -- we're thinking producers don't want World Cup fans thinking about an execution while they're trying to enjoy Shakira.

Sources say Hamrick will still appear in the video .... but only in a crowd shot.

A rep for the production company tells TMZ they're still editing the video and as far as they know, "no extra is featured over another." 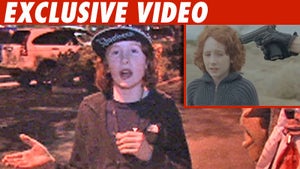 M.I.A. Kid Explains Gun to the Head in Video