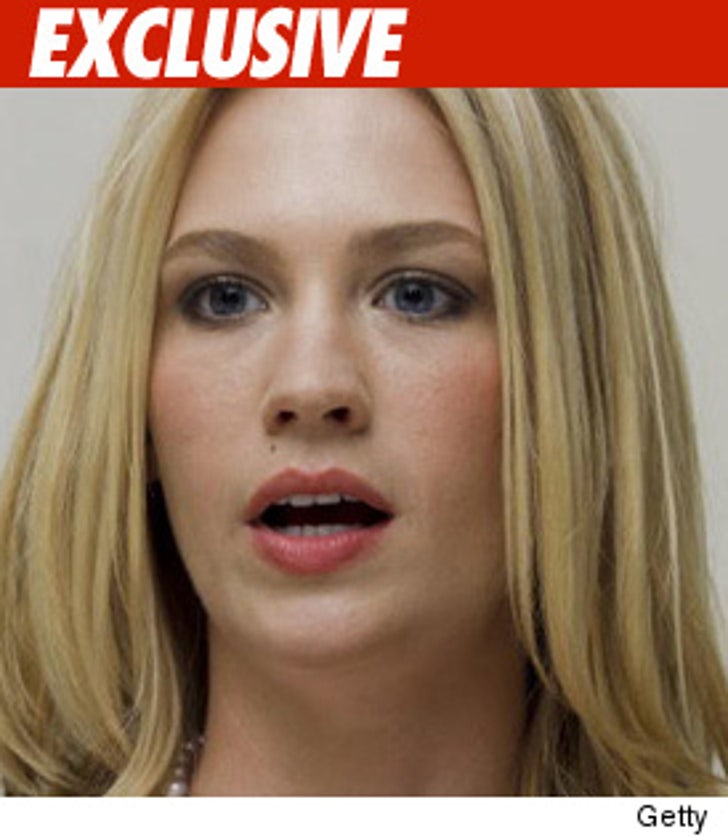 LAPD tells TMZ January was driving a Range Rover around 9 PM last night when she allegedly lost control, hit the other cars and caused some major damage. We're told a witness reported the accident to police and claimed that January fled on foot after saying, "I can't deal with this commotion."

Police tell us that while officers were on scene investigating January returned and claimed she fled because paparazzi were trailing her.

January was not cited or arrested, but her car was impounded and police have launched an investigation. Police say no alcohol or drugs were involved.

As for why paps might have been trying so hard to get a shot of Jones -- photos of her doing a "walk of shame" were all over the Internet yesterday, showing her arriving home in a taxi in the same dress she wore to an event the night before (Below). 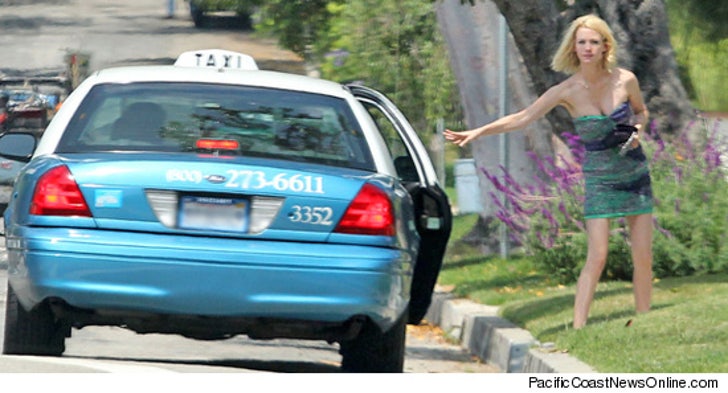 UPDATE: Police tell TMZ Jones told them she was at The London West Hollywood Hotel watching the Lakers lose and then drove home. She says several paparazzi started following her and she lost control of her car and struck 3 parked vehicles. Jones says the photogs were harassing her so she left her license and walked a half a block to her home and called 911. The dispatcher told Jones cops had just arrived on scene so she returned. We're told there will not be a hit-and-run investigation.

And cops say they did not administer a field sobriety test because there was no evidence of alcohol. 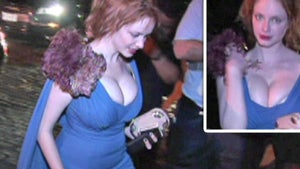 'Mad Men' Star Has a Girls Night Out 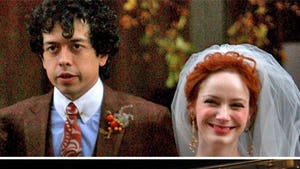 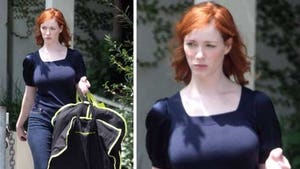