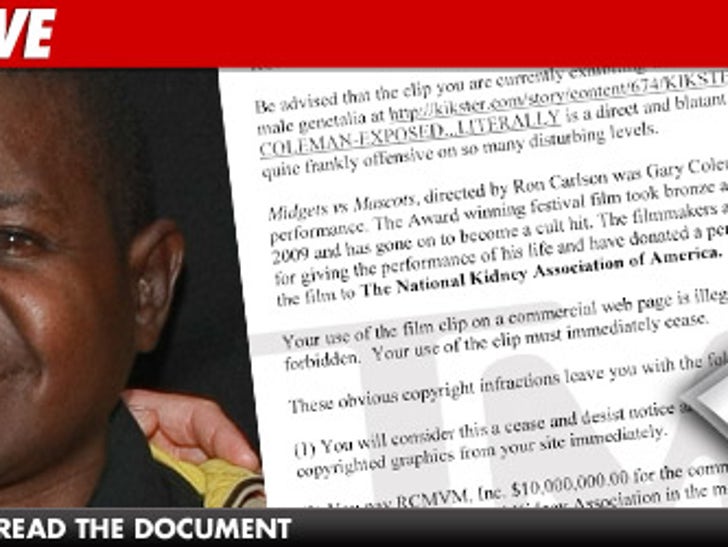 Video of Gary Coleman's long dong silver is swinging across the Internet -- and the guy in charge of the footage wants it removed ASAP... threatening a $10,000,000 lawsuit if it doesn't disappear soon.

Ron Carlson -- the director behind the documentary "Midgets vs. Mascots" where the footage first appeared -- fired off a nasty letter to the people at kikster.com (who published the clip) accusing them of illegal activity.

Carlson calls the isolated video -- which shows an exposed Coleman in some kind of shower -- "a direct and blatant violation of our Rights and quite frankly offensive on so many disturbing levels." 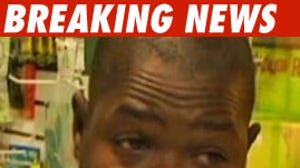 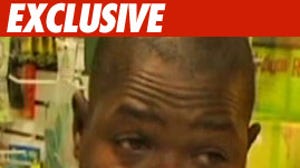