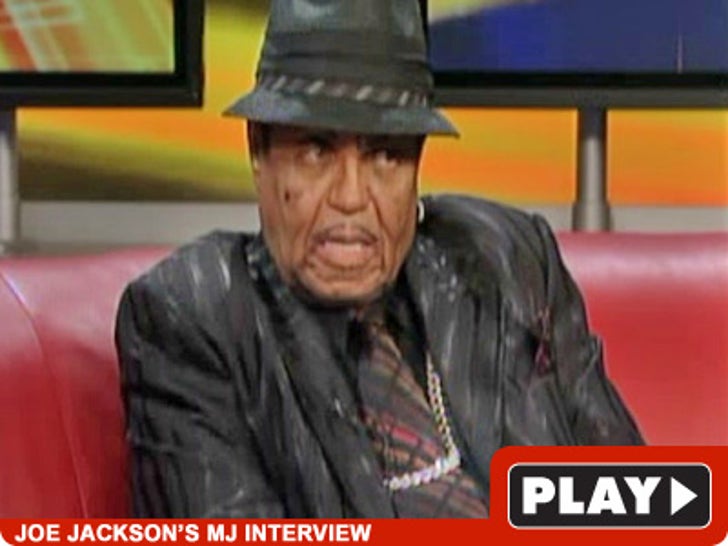 On the one-year anniversary of his son's death, Joe Jackson commemorated the day by going after Dr. Conrad Murray and the MJ estate on national TV ... right before he promoted his brand new rap protege. 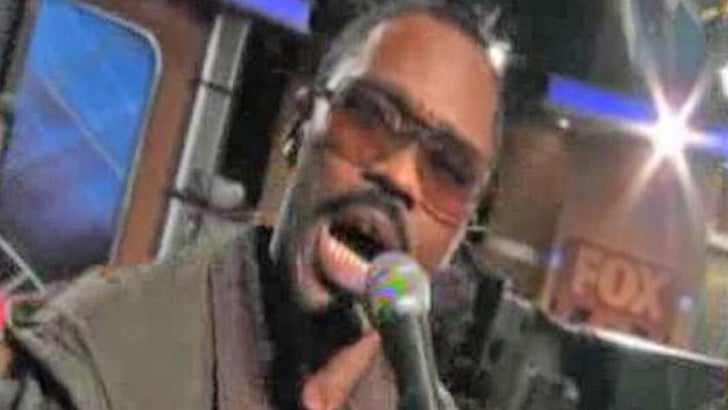 Joe went on WJW in Cleveland this morning and explained that he's not mad at being cut out of MJ's will -- because, "that will's a fraud."

He also tears into Dr. Conrad Murray saying, "He shouldn't have done what he did."

At the end of the interview, Joe decides the timing is right to promote his newest rapper -- who launches into a rap song that uses a sample from the Michael Jackson hit, "Smooth Criminal."

FYI -- the MJ estate owns all of the rights to MJ's music ... so even though Joe is trying to use his late son's music to make a buck, he's running afoul of the law. 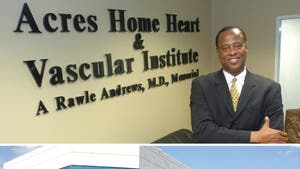 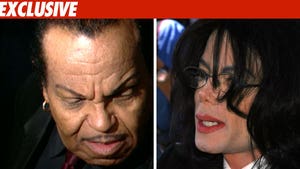