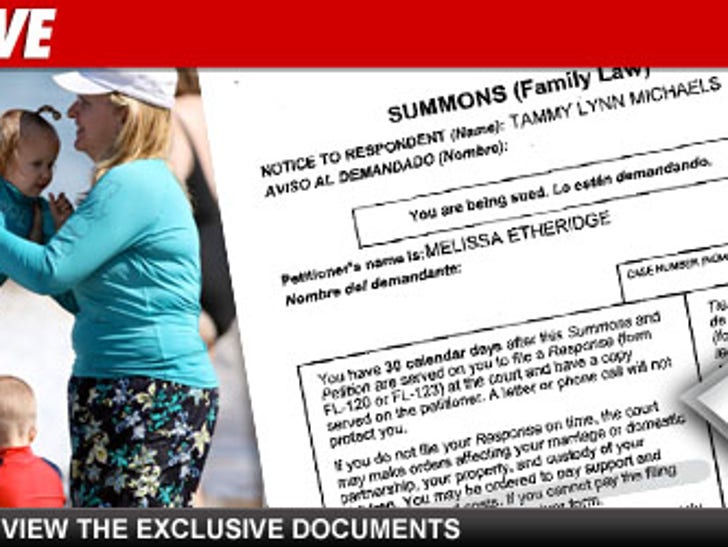 TMZ has learned ... Melissa Etheridge has just filed legal documents with the court to formally end her relationship with Tammy Lynn Michaels.

Etheridge and Michaels were registered as domestic partners in California. They had a commitment ceremony back in 2003. There were reports they tried to legally marry in 2008 -- during the time when same-sex marriages were permitted in CA -- but they missed the window.

Etheridge is asking for joint custody of the couple's two children. Their twins were born in 2006, after Tammy was artificially inseminated by an anonymous donor.

Etheridge's lawyer, Judy Bogen, is also asking the judge to reject any possible bid by Tammy to get financial support.

There are reports the couple split back in April.