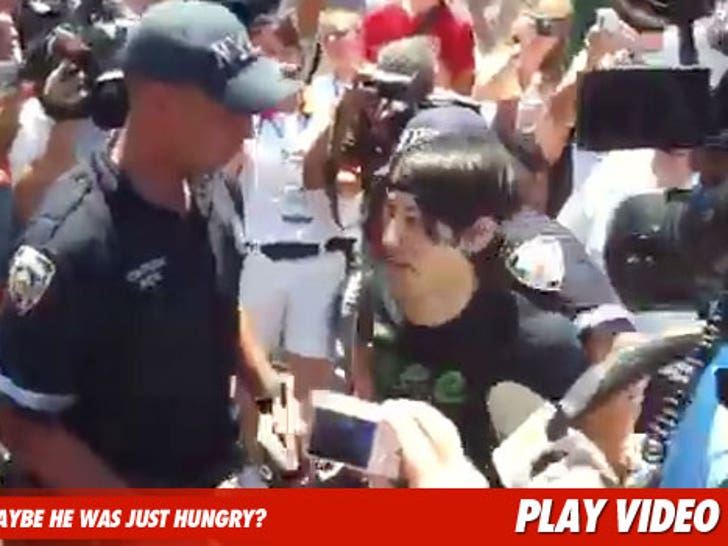 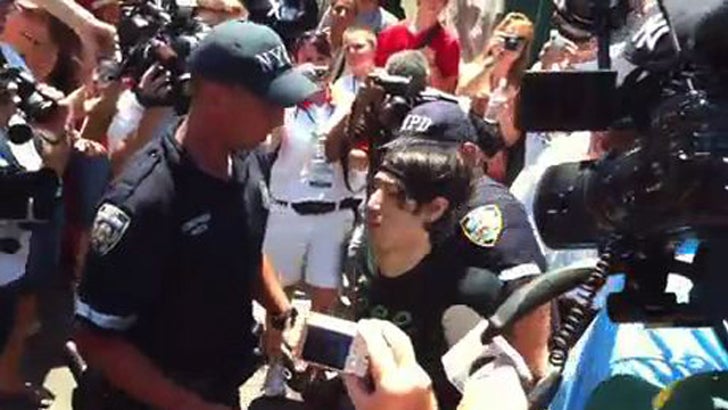 Kobayashi did not participate in this year's event due to some kind of contract dispute he had with Major League Eating. After Joey Chestnut won, Kobayashi tried to get on stage but was taken away by police.