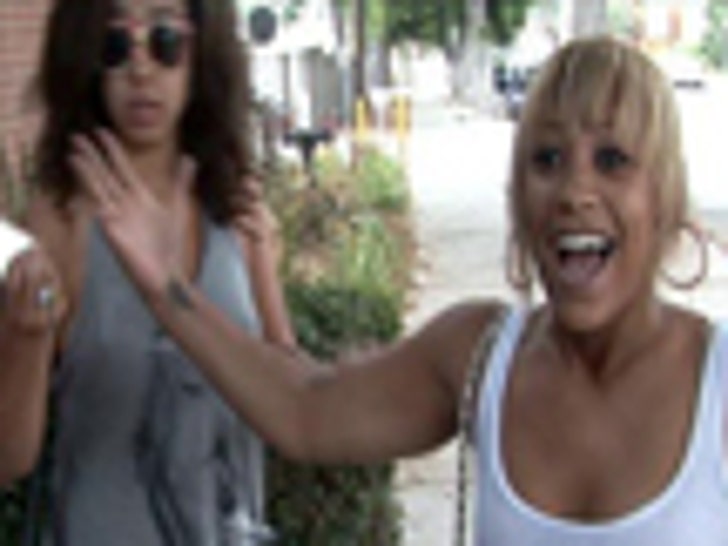 Asia'h Epperson was all smiles as she was released from jail early this morning -- as she and her sister told us their arrest was all over a bathroom blowup. 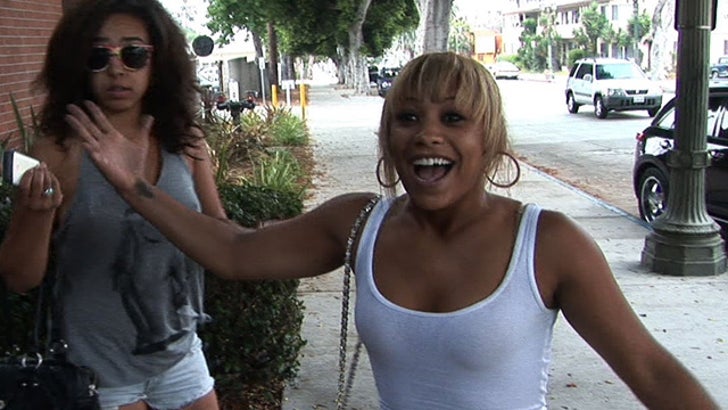 The "American Idol" Season 7 contestant and her sister claim they were in the restroom at the Colony nightclub when they encountered the alleged victim, who they say pushed her way past them, allegedly attempting to use the stall for other than ordinary purposes. That's when a brawl broke out and the sisters beat the woman up -- allegedly.

As "A.I." rejects often do ... Epperson used the cameras to plug her album and take a shot at Simon Cowell.