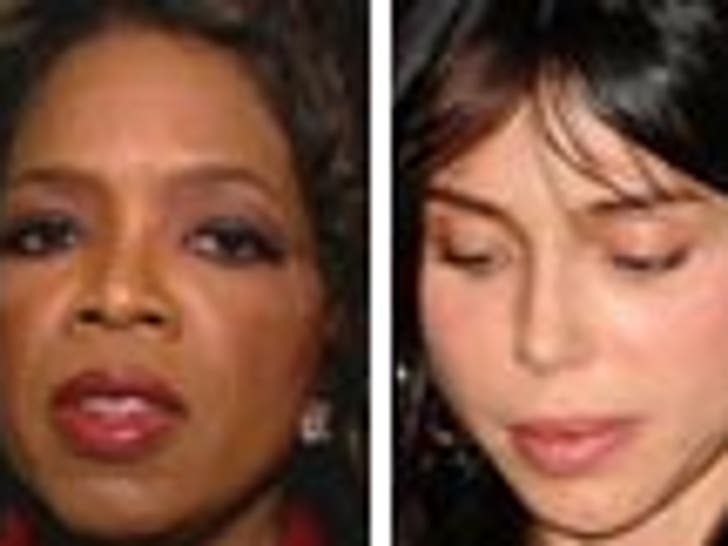 Imagine this ... Oprah Winfrey the most powerful person in the history of television -- and now the tool of one Oksana Grigorieva ... who is using the talk show queen to jump start her music career. 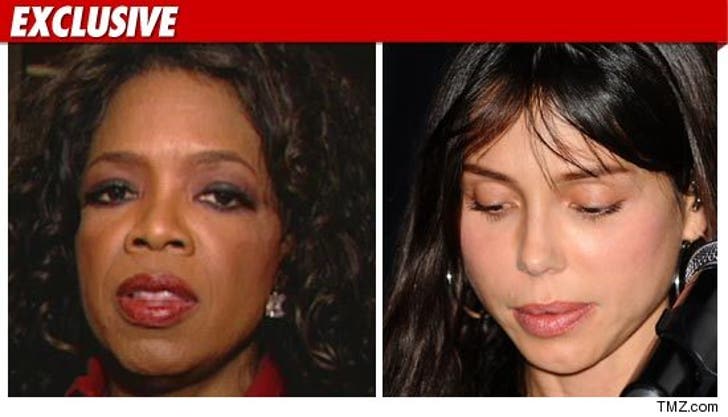 Sources tell TMZ ... a camera crew from the "Oprah" show rolled over to Oksana's home in Sherman Oaks on Friday to shoot some footage for Oksana's upcoming appearance ... but there was a secret agenda.

As we previously reported, Oksana agreed to do an exclusive sit-down with Oprah and spill her guts about Mel -- but in return, Oksana wanted to showcase her musical "talents" on TV ... and Oprah caved.

As for the sit-down part of the interview -- we're told "Oprah" producers are trying to push it to happen ASAP ... but so far no firm date has been set. 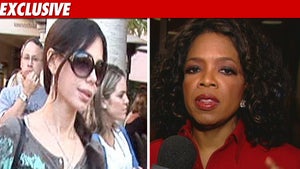 Oksana to Oprah: So about Mel Gibson... 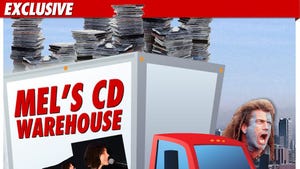 Mel to Oksana: Don't Blame Me For Your Music Career 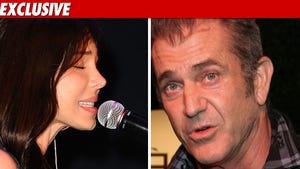