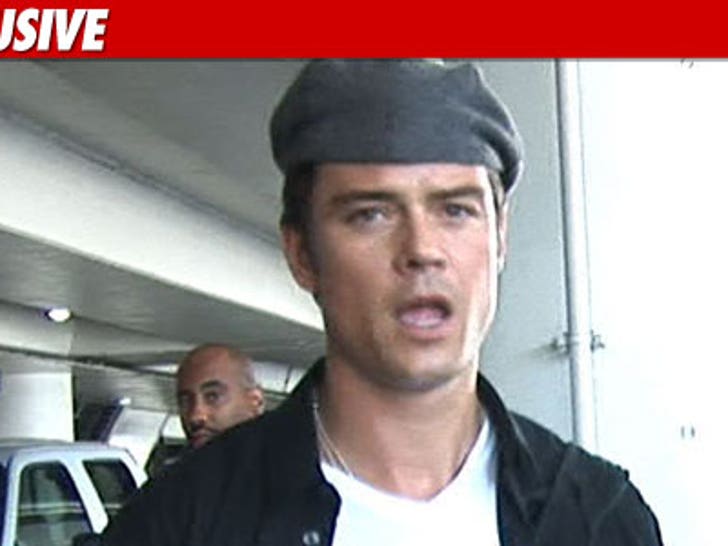 Josh Duhamel was escorted off of a plane yesterday after he refused to turn off his BlackBerry ... sources tell TMZ. 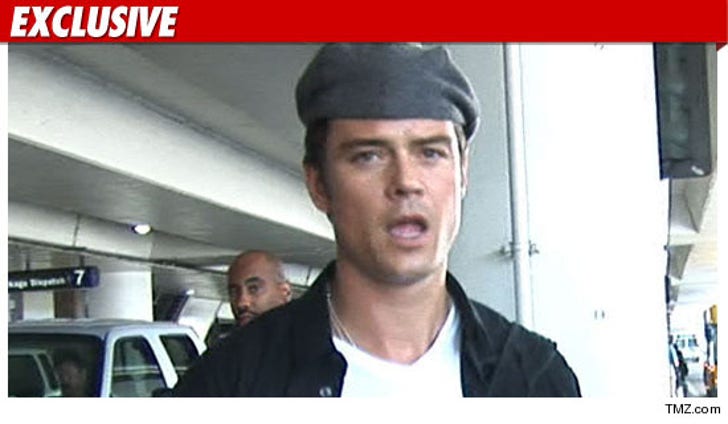 We're told Duhamel was on a flight from New York (LGA) to Kentucky -- when, according to sources, the flight attendant asked Duhamel to turn off his BlackBerry before takeoff ... but he refused.

One passenger tells us Duhamel was "very rude" and "taunting the attendant."

We're told the flight attendant asked Josh to turn off the device three separate times -- and on the third time Josh laughed at his request.

We're told Duhamel's reaction infuriated the attendant, who then called for backup -- and the plane, which was already on the runway, was turned back to the gate.

Two US Airways reps eventually boarded the plane and escorted Duhamel off of the aircraft.

We're told passengers were pissed -- because the incident further delayed the flight.

Before boarding the plane, we're told Josh was in the airport bar watching the Cleveland/Miami game.

Duhamel's rep told TMZ Josh was texting on his BlackBerry about his flight being delayed. The rep adds, "He's sorry." 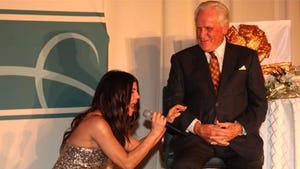