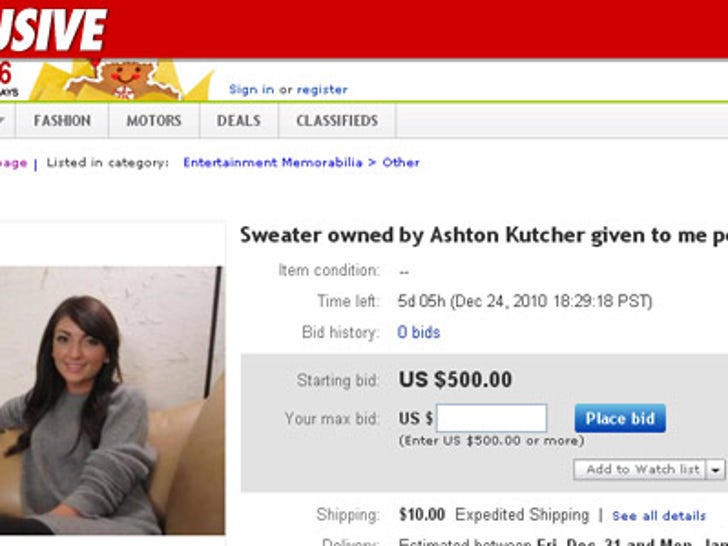 Brittney Jones -- the woman who claims she had an affair with Ashton Kutcher -- now claims she has one of Ashton's sweaters ... and she's selling it on eBay. 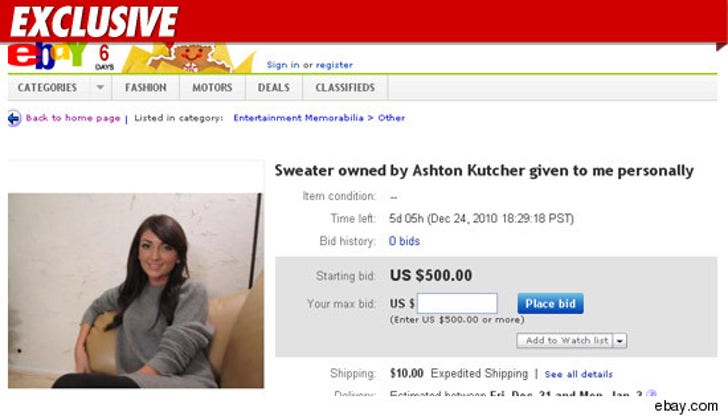 Brittney posted the sweater over the weekend with an initial asking price of $500, along with this note: "This sweater was given to me after spending the night with Ashton. I no longer have any attachment to this sweater and I am hoping someone else will enjoy it."

Ashton has been adamant he had nothing to do with Jones -- and has tried blocking a sex tape featuring Jones (Ashton's not in it). Jones is also fighting to keep the tape from going public. 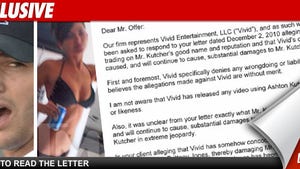 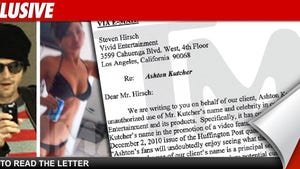 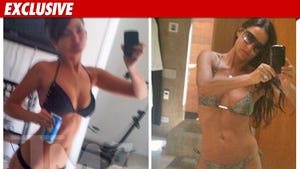