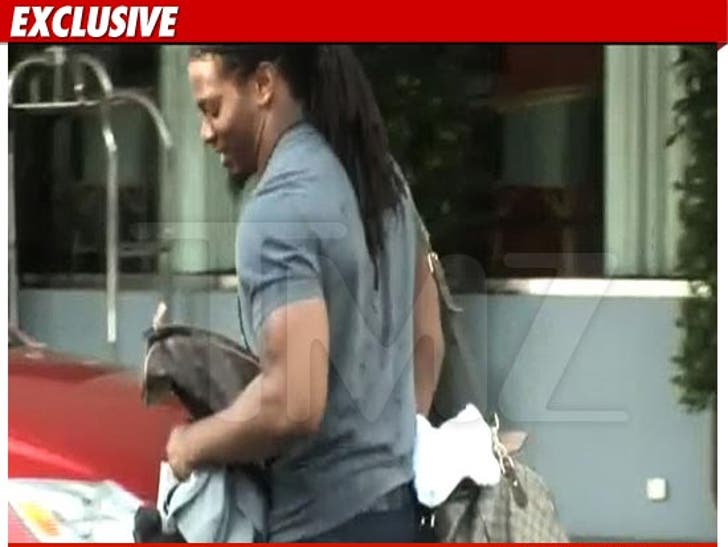 UPDATE: TMZ has obtained footage of Barber carrying his baggage out of the hotel. Marion didn't say a word about the police incident this morning ... but he did pose for a photo with a kid.

Dallas Cowboys
running back Marion Barber was detained by LAPD officers in front of a Beverly Hills hotel this morning for allegedly "disturbing the peace" ... TMZ has learned. 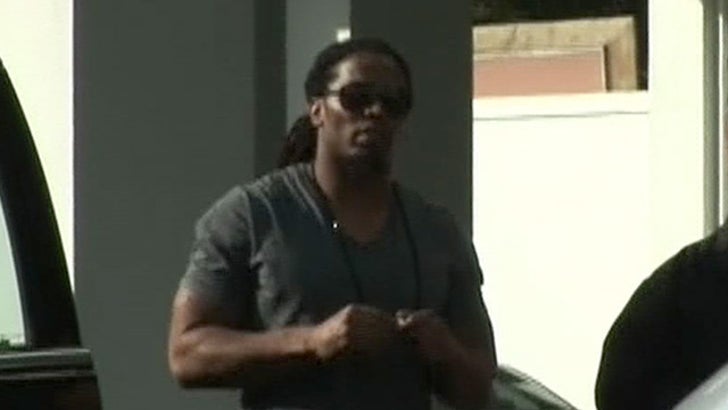 Law enforcement sources tell TMZ ... cops received a call from SLS Hotel security complaining that Barber was being a disturbance.

We're told Barber was detained by police -- placed inside of a cop car in front of the hotel and investigated. Barber was neither arrested nor cited. 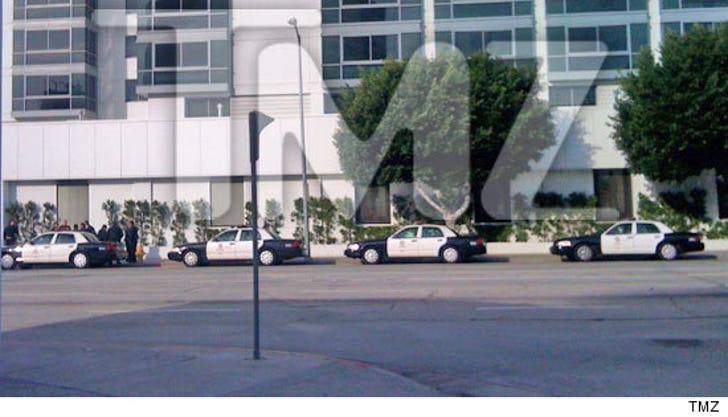 However, we're told Barber has agreed to check out of the hotel.